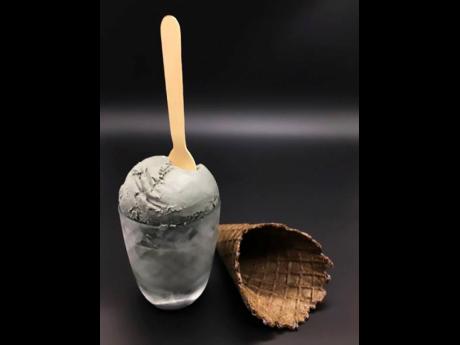 Some of the non-dairy frozen desserts produced by Larry Gardiner. 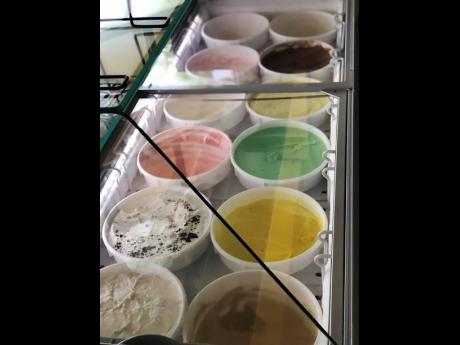 Contributed Some of the non-dairy frozen desserts produced by Larry Gardiner.
1
2

Ice Cream with a sweet twist on life. That’s the tagline that Larry Gardiner uses for his brand of non-dairy frozen desserts.

He said that his products represents the way nature intended.

Gardiner, always a lover of ice cream from his mother’s days of selling, said his entry into the business was because of unsatisfactory experiences. The last time he consumed ice cream, other than his, it left him feeling nauseous.

“I could taste the egg and the milk separately,” he said of the terrible feeling he got after eating a rum and raisin ice cream.

It was that bad feeling, and his love for ice cream, which pushed him to start producing for himself. His fault, however, was the ice cream was too hard to be eaten.

“I tried for three years to figure how to formulate it,” he said.

He remembered when he found the formula, which was after he has gotten the taste-good mark from his wife.

“I remembered telling her we have to eat all tonight, but she replied by saying, ‘I shouldn’t have made so much.”

“We ate as much as we could and put the rest on the freezer. The next day when I was getting ready to throw it away, I realised that I was still able to scoop it.

“I left it there for two and a half months, and I would take one scoop every day to make sure it was able to scoop up, and it worked, and that’s when I realise I had an excellent formula.”

He began making rum and raisin ice cream, and followed this up with vanilla and grape nut.

His first business venture, however, was “a line of vegan patties that I was selling in Atlanta.”

“One of the supermarkets I was supplying, the owner asked if I have anything else and I said yes, I have ice cream, and she asked if I could bring one for her to try.”

“I dropped out a pint of ice cream for her to try, and in the afternoon she called and ordered three cases,” he said.

Now among Gardiner’s top seller are jackfruit as well as rum and raisin. However, his ice cream business is organised in three categories – classic, exotic and pairings.

He explained: “Classic is your regular strawberry, rum and raisin and vanilla; exotic is our fruit flavours like mango, breadfruit, sorrel, mammee, jackfruit, starfruit and June plum. Pairings are Jack Berry, made from jackfruit and strawberry; passion-mento from passion fruit and pimento; and strawberry twist, from strawberry and coconut vanilla.”

Gardiner is hoping his ice cream will be all over Jamaica soon.

“The label got approved by the Bureau of Standards Jamaica (BSJ), but we are waiting for approval on the nutritional facts, and then we will be ready,” he said.

Gardiner was born in Britain. He moved to Vineyard Town, Kingston, when he was 12 before migrated to the United States at 21. He now operates his ice cream and pastry business in Tower Isles, St Mary.

He uses the names Vineyard Town Premium Blend as the brand for the ice cream, and BabyLove’s Twist as the name of the retail store in St Mary, in honour of his mother, who, he said, passed away 11 years ago.