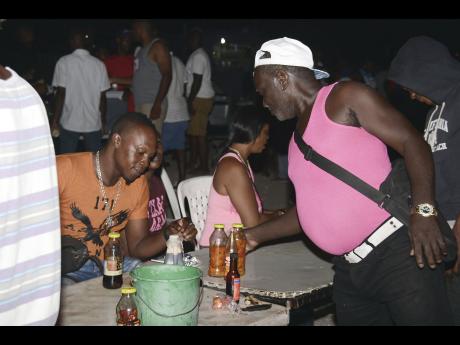 Audley 'Gilly' Pickersgill sells the real stuff -- oyster punch, a combination of the molluscs mixed with peanuts and Irish moss. 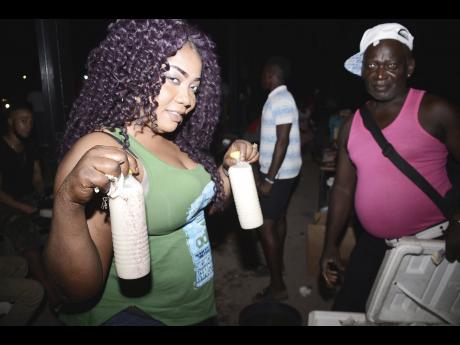 Tamara, the hairstylist queen, swears by the potency of Gilly's alleged aphrodisiac. 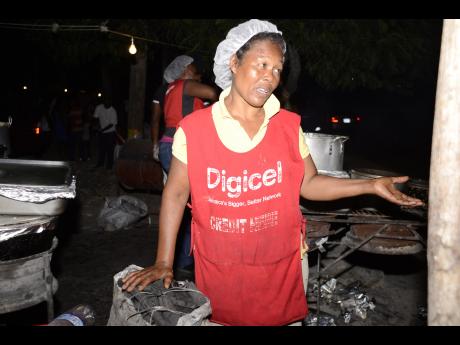 Sylvia Plummer has been selling at the Harbour View roundabout for nearly 20 years. 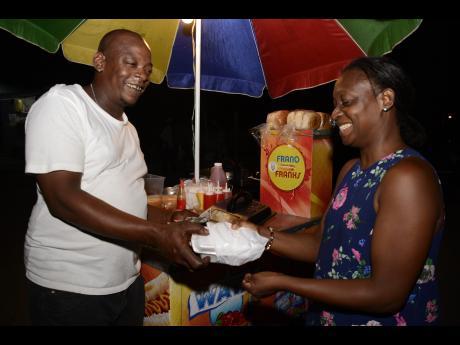 Raymond 'Burger Man' Hinds serves Celena Bowen, one of his many customers.
1
2
3
4

It's barely 8 p.m., and scores of hungry persons are lined up at the various food spots along the Harbour View Roundabout.

'Walk foot' residents of the community and drivers holding a 'park' to grab a quick bite before continuing their journeys have turned the spot into a food Mecca.

Vendors like Sylvia Plummer, who's been selling her meals for nearly 20 years, are very popular.

Her menu is quite extensive, from the can't miss fried chicken, to the national dish and even some stew beef, on occasions.

"I love to cook. I still prepare all the meals, but now my daughter helps out," she said.

Like Plummer, Audley 'Gilly' Pickersgill has moved into double digits in terms of years of service. He's the oyster man of the roundabout, a job he took over from his late uncle Glen, who sold the tasty treat on "airport road" (Palisadoes).

"It strengthen nuff people. It (his spot) more than popular man," he laughed.

An avid customer, Tamara the hairstylist queen (yes that's her moniker), swears by the potency of the alleged aphrodisiac.

Gilly also sells oyster punch, a combination of the molluscs mixed with peanuts and Irish moss.

"And then mi have some likkle spices me throw in fi help nice it up," said Gilly.

There's something for every taste and palate at the 'roundabout 'restaurants'. The smoke coming up from Raymond 'Burger Man' Hinds' cart means another serving of fried chicken back and fries is on the way.

"You have to be different from the rest of people. Everybody a do jerk chicken so I tried something else. I also do hot dogs and, and burgers, so that's why they call me that," he said. "I do my thing a little different like with my seasoning."

Hinds said he was living in the US for 18 years before returning home. He was working in downtown Kingston for about a year but then got the idea to try the roundabout.

"I've been here about five years. It's good. I can't complain," he nodded.

While they get good sales throughout the week, the vendors said Fridays and Saturdays are by far the best days.

Summer and the Christmas season are the best selling periods. Each vendor has their own loyal customers, even from the US and UK.

"All the returning residents? They love us. They long for their ackee and saltfish. On the good nights, sometimes I finish at 6 a.m.; food sell off," said Plummer.