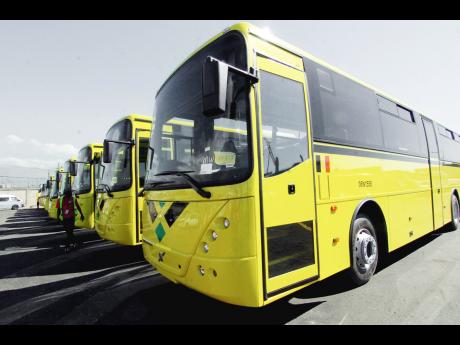 A passenger on a Jamaican Urban Transit Company (JUTC) bus was reportedly injured last evening after the bus she was travelling in collided with another state-owned JUTC bus.

THE STAR has learnt that the incident occurred on Half-Way Tree Road, St Andrew, near the Texaco Gas Station.

Information reaching our news team is that the rear view mirror of one of the buses struck a rear window of the other bus causing the glass to shatter and injure the passenger.

The Cross Roads police said no report had been made to them, but said the passenger should report the injury.

Media specialist at JUTC, Granville Newell, said, in such situations, a report will be made by the driver and then an internal investigation will be carried out to determine what actions will be taken by the company.