Man 'faints' after getting prison sentence 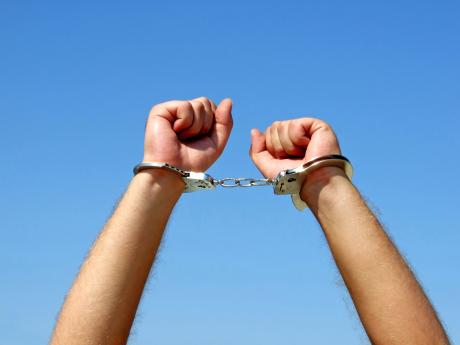 High drama unfolded in the Corporate Area Resident Magistrate's Court on Monday after a habitual conman appeared to faint when he heard he would be spending the next nine months in prison for fleecing over $25,000 from a schoolboy.

Kemano Williams, 22, of Sandy Park Road, Kingston 6, pleaded guilty with explanation to the charge of larceny by trick.

The court heard that Williams sold a defective smartphone to the schoolboy for $25,500 and then offered to fix it. The schoolboy gave back the phone to the accused for it to be repaired, but the accused tried to sell the same cell phone to another person, who turned out to be the schoolboy's father. The matter was reported to the police.

When asked why he should not go to prison for his offence, Williams held up a bottle of pills as he explained that he was unable to meet with the complainant on the agreed date because he had to go to the hospital for a blood clot in his lungs.

He also claimed that he tried contacting the complainant but was unsuccessful.

However, the schoolboy rubbished that explanation when he said, "I went on Facebook to contact him (the accused) and he blocked me, and I tried contacting him on all his numbers and didn't get him."

Pusey said, "If you keep it up, you going to get three more months on it."