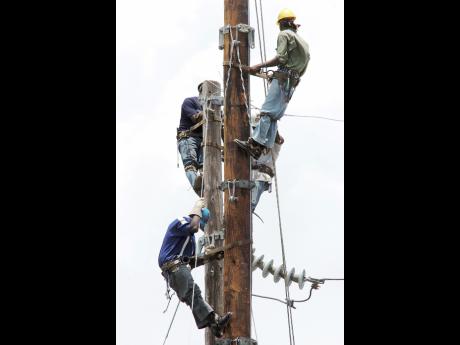 More than 600 persons have been arrested for electricity theft since the start of the year.

The Jamaica Public Service Company (JPS) announced that there have been 645 arrests up to November 25.

Those arrested include residential and commercial customers. Approximately 598 persons have received summons to appear in court to answer to the charges.

According to the JPS, almost 158,000 'throw-ups' have been removed islandwide.

The company has been working to reduce the illegal use of electricity through various means, including operations to remove illegal wires, meter audits, and the installation of the Residential Advanced Metering Infrastructure (RAMI) in some communities.

Gary Barrow, senior vice-president for energy delivery, added that the company has been using software to identify illicit usage.

He said the JPS intends to increase the use and reach of this tool in 2016.