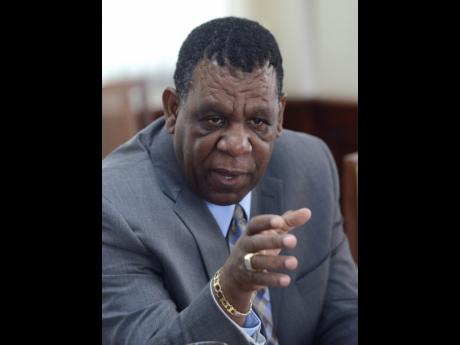 Investigators have confirmed knowledge of widespread speculation that one of Jamaica's most wanted, Marlon Perry, otherwise called 'Duppy Film', allegedly has plans to depart Jamaica by boat to Haiti.

Information reaching our news desk is that Perry seemingly has plans to evade investigators, who appear to be hot on his heels, by sea to the Caribbean territory.

Perry, who is of dark complexion, and about 173 centimetres (5 feet 8 inches) tall, was listed as wanted by the St Thomas police in June of this year in connection with murders and shootings in the parish.

However, of late, his criminal portfolio has heightened as he is also being sought in relation to the brazen murder of two policemen outside a wholesale on the Poor Man's Corner main road in St Thomas last week Tuesday night.

Speaking with THE STAR yesterday, head of the Criminal Investigation Branch (CIB), ACP Ealan Powell, said the police have information regarding Perry's plans to depart the island.

Powell said, "We have been hearing that for a while now."

When asked what will be done in light of such development, Powell said, "The police will make all effort to capture him whether he is here or planning to leave ..."

THE STAR gathered that the island ports are being heavily monitored, especially the points known to be frequented by Haitians, some of whom investigators believe Perry has established some kind of linkage.