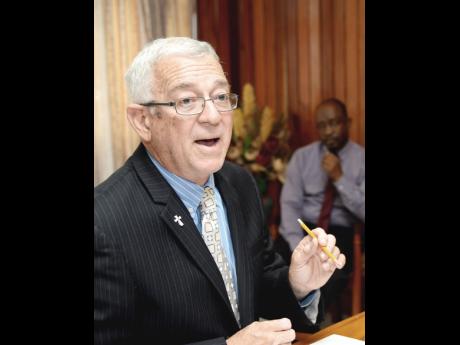 Eight residents of Windsor Heights, St Catherine, graduated from a construction course for unattached youth that was offered by HEART Trust on Monday.

The function, which was held at the community centre, saw one female being among the successful group receiving Level 2 certificate in General Construction. The group were lauded for their effort in the training.

Member of Parliament, Denise Daley, in her greetings told the audience that training and certification is most important. Meanwhile, Minister of Education, Ronald Thwaites, endorsed the achievement as pure "blessings".

He told the audience that training is empowerment and that having a HEART certificate is a major achievement because it is recognised worldwide.

"Just be reminded that certification gives you power to earn and build yourself and the community," Thwaites said.

His view was echoed by Senior Director of HEART Trust, Denworth Finnikin, who said the programme is a signal for others to be certified.

He said that HEART is here to help, train and empower citizens and community.

Finnikin said that there are 145 members already empowered through training. He said those who completed the training will be facilitated in Portmore to move to Level 3 in General Construction.

It was also revealed that the HEART will be using a mobile unit to facilitate persons wanting to be trained in Food Preparation.

The success of the programme was endorsed by Master of Ceremony Councillor Norman Scott, who said that the eight participant that graduate will be first in line for employment when grounds is broken for the Old Harbour Power Plant in St Catherine.