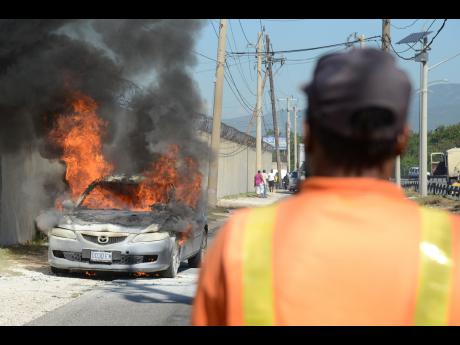 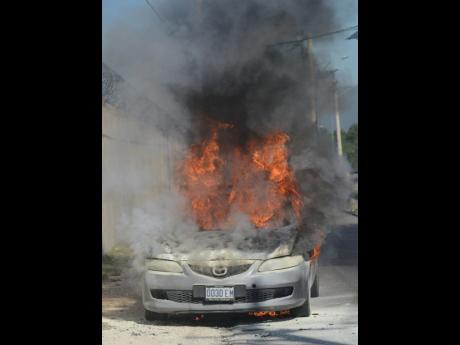 A motorist escaped serious injures and possible death earlier this morning after a motor car he was driving caught fire and engulfed in flames, totalling the vehicle.

THE STAR understands that fire crew from the York Park fire station was summoned to the scene and assisted in putting out the inferno.

Our news team gathered that the fire involved a Mazda Motor car, which was being driven by Rohan Bailey.

Reports are that Bailey was leaving the Kingston Terminal when he heard a band sound in the engine and he pulled over.

Smoke was seen coming from the engine and then suddenly the vehicle was covered in flames.

THE STAR was told that Bailey however managed to retrieve some documents from the burning vehicle.

When our news team contacted the York Park fire Department, a representative told our news that the matter is being investigated.