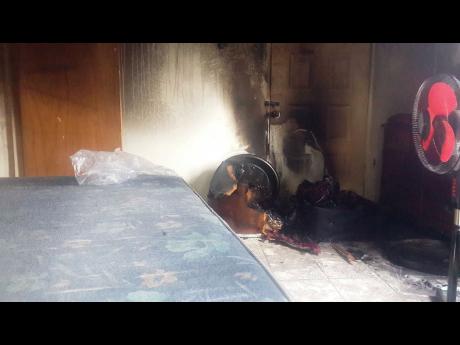 Shanique Samuels There burnt barrel in which Crawford's remains were found inside the one-bedroom house. 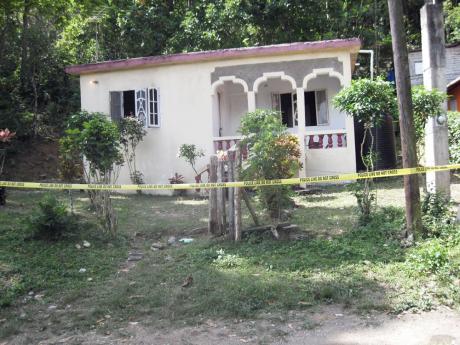 Who is behind the gruesome killing of an elderly woman who was found burnt to death inside a barrel at her home in Iron Gate in Chapelton, Clarendon yesterday morning?

This is what police are trying to figure out after finding the remains 65-year-old Reetel 'Miss Reeta' Crawford.

Police were alerted to Crawford's house by neighbours who suspected something was wrong when they realised the outside light at her home were left on all day Saturday. The police had to break through a window to access the house.

There they found the badly burnt body in a clothes barrel inside her ransacked partially burnt bedroom. The bed was not burnt.

The scene was processed and the remains taken to the morgue where an autopsy is expected to determine the cause of death. Until then, the police say, they are treating the case as a homicide until the investigations are concluded.

Residents said Crawford had lived in the community for 10 years and has never had a dispute with anyone. "All she do go out  go do her business and come back home and she go to bed early a nighttime," one resident revealed.

Its understood that the deceased travels abroad regularly to purchase goods for sale. She recently returned from one of her travels. As a result of this, the police say they have not ruled out robbery as a possible motive.

Crawford The Star was told, is survived by two sons, one in the Unites States and the other in St Martin.