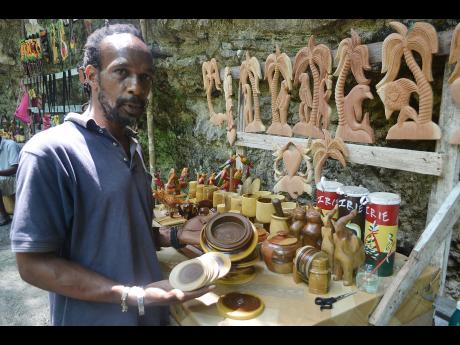 Carl Gilchrist Val, a craft trader, said the new highway will have a minimal impact on business in Fern Gully. 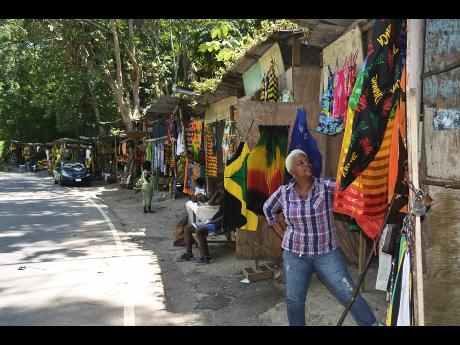 Rose Garrick is concerned about the impact the new highway will have on business in Fern Gully.
1
2

While the new North South Highway will reduce travel time for the users of the road, motorists who take the quicker route will lose out on the experience of travelling along the scenic three-mile stretch that winds the fern-filled gorge.

No more will these road users see the infamous sculptures of exaggerated endowed males along the side of the road, for which Fern Gully is renowned. And no longer will they see vendors offering wooden carvings and garment reflecting Jamaican culture.

Craft traders in the area, which is situated just outside Ocho Rios, St Ann, have put forward contrasting reactions to the impact the opening of the new highway is likely to have on their business.

The highway, which stretches from Caymanas in St Catherine to Mamee Bay in St Ann, gives road users the option to bypass Fern Gully, the famous attraction through which the current road runs.

With commuters now able to use a huge section of the toll road free of cost, there has been a marked reduction in the number of vehicles traversing through Fern Gully. But according to one craft trader, who gave his name as Val, the impact on his business has been minimal.

"It nuh affect we dat much," said Val.

One good thing he pointed out, was that there are fewer trucks travelling through the gully since the highway opened, even though trucks have been banned from using that route for years. Some truck drivers disobey this directive and continue to use the roadway.

Further down the road in Harrison Town, heading to Ocho Rios, the reduction in the number of vehicles using Fern Gully has started to have an impact on their businesses.

"What happens, although we have the cruise ships coming in, most times we depend on the passersby from Kingston to Montego Bay," Garrick said.

She added: "With the people wanting to reach (their destinations) on time, they avoid Fern Gully. They just hit the highway. So definitely, it affects us in a way. It affects local sales big time."

Garrick said souvenir items such as T-shirts and jewellery are what Jamaicans mostly purchase.

Tourists, many of whom arrive on cruse ships, are considered to be the biggest spenders in Fern Gully.