'I never told him I loved him before he left out' ...Mother trying to cope with son's death 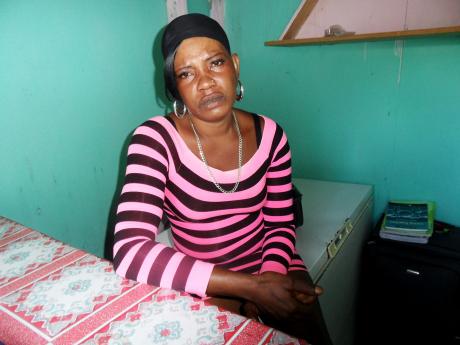 Shanna Monteith Nicketha Ferguson, mother of Rajae Sterling, one of the boys who drowned while swimming in the sea in Yallahs, St Thomas, on Monday. 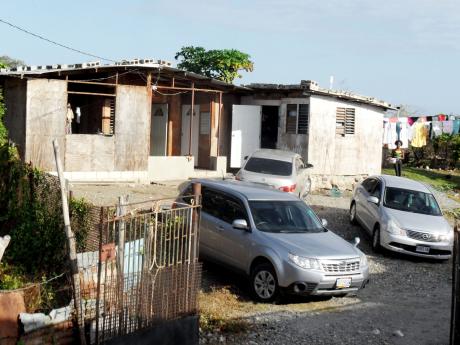 Shanna Monteith The yard in Yallahs St Thomas where 13-year-old Rajae Sterling and his 17-year-old cousin Brandon Gordon lived. Both boys drowned in the nearby sea on Monday.
1
2

Three days have passed since the two cousins of Ghetto Lane in Yallahs, St Thomas, drowned in a nearby sea, but the wounds to the hearts of their loved ones remain fresh.

Thirteen-year-old Rajae Sterling and his 17-year-old cousin, Brandon Gordon, lost their lives on Easter Monday as friends and family members watched helplessly from the shorelines.

Nicketha Ferguson, mother of Sterling, relied on a table for support as she recalled her last moments shared with her son.

"He promised that he would stay with me for the holiday, so we woke up from early the Monday morning to watch some movies that he had. We spread something on the ground and I lay down, and he laid by my foot. We were watching the shows together and laughing," Ferguson said.

Ferguson told THE STAR that following the movies, Sterling got up and told her that he would soon be back. She said she knew that he was just going next door to his cousin so she never paid him any attention.

"He came back to say that he's going to sea with his cousins. I knew he was talking about Brandon and the others because they always go together - adults included - so I allowed him to go," the mother said.

But Ferguson would later get a telephone call that any mother would dread.

"When I heard, I don't even know how I felt. Mi just feel mi heart start duh suh," she said, while using her hands to demonstrate that her heart was beating out of control.

"I felt nervous and confused. I began walking up and down the place not knowing what to do. I was saying to myself that I'm not going down there, but while I was saying that I was walking towards the beach. And there they told me that both of them drowned," she said, crying.

It was revealed that another youngster was also in the water facing difficulties, but was able to reach the shore unharmed. His mother, who also lives in the same yard as Sterling and Gordon, told THE STAR that they were all afraid and did not know what to do as they could not swim.

She said that Gordon, the older of the two, lived with his father and stepmother who are both distraught about the deaths.

The union shared by both boys was described as unbreakable as both could always be seen together.

According to Sterling, "They were like brothers. If one was going to the shop the other would go with him."

With tears flowing down her cheeks, Sterling remembered her boy as a loving son.

"He is always hugging me and telling me how much he loves me. I'm sorry, I never tell him I love him before he left out. That's my biggest regret," the mother said.

Sterling was a first-form student at Yallahs High School, and Gordon, a fifth- form student at St Thomas Technical High, who was preparing to sit his CXCs.

Gordon was also expected to travel to Guyana next month to represent Jamaica in a youth boxing tournament.