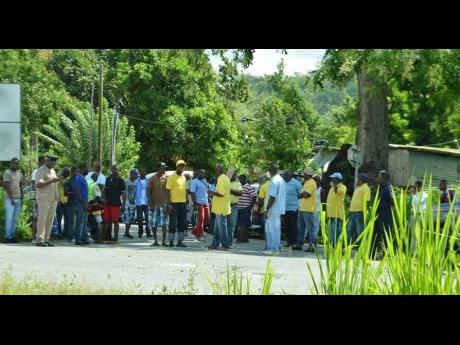 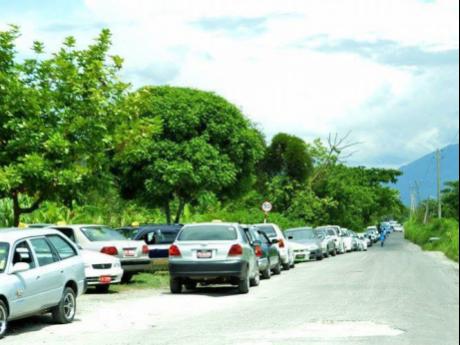 Approximately 120 members of the St Thomas Taxi Association are demonstrating what they refer to as the deplorable conditions of the route on which they operate.

The taxi operators who are gathered at the intersection of Morant Road, York and Spring Garden are complaining that the roads leading to the communities of Seaforth, Spring Garden, Trinityville, Cedar Valley and surrounding vicinities have been in a bad state for over twenty years and they are being greatly affected by it.

MP for Western St Thomas expressed his future plans for road rehabilitation stating that savings from the enhanced Southern Coastal Highway Improvement Project will be used to fix the roads being demonstrated.

However President of the St Thomas Taxi Association, Louis Millwood says he is unsatisfied with the solution offered by Robertson and that the demonstration will continue as they (taxi operators) want immediate action, even if temporary.
“ We are here on the streets with our demonstration and we are not going to stop until when we see something has been done to the road. We are not taking any promises. There must be something that can be done to ease some of the pressures off the taxi operators. If it’s even to patch out the road properly until they are ready to do their medium and long term plans, we will settle for that but we need to see something being done right now,” Millwood said.
Taxi operators say if their cries go unanswered they will resort to blocking the various roadways.

In the meantime, commuters including students residing in the various communities are left stranded in Morant Bay with no means of getting home.