THEY JUST WANT A CHANCE ... Family struggles with abuse amid poverty 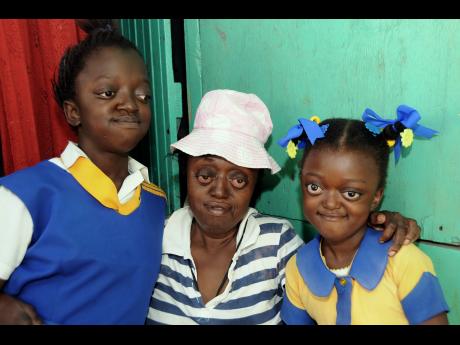 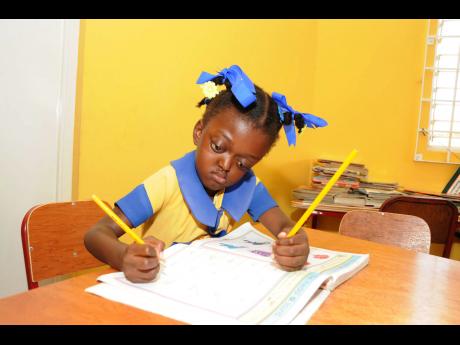 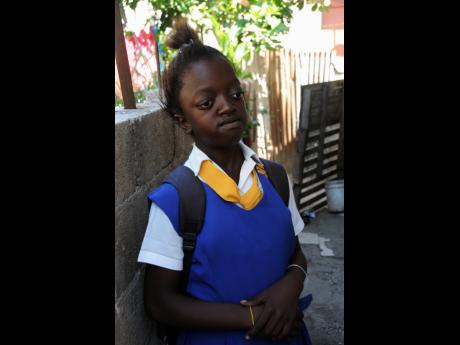 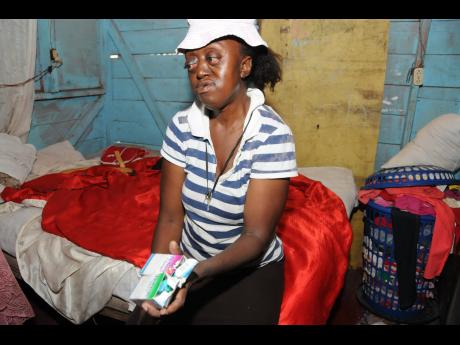 Cherry Gayle and her two children have been subject to a life of hardship brought on by their physical appearance, ailments, and impoverished circumstances.

Gayle,42, lives in a single room board structure in Thompson Pen, St Catherine, with her two children, Mary Brown, six, and Maria Davidson, 14.

She explained that she suffers from a thyroid disorder, which might be developing into a goiter, and it causes her ears and throat to ache constantly. Doctors have also recommended hearing aids for her, but she cannot afford them.

She said other than their physical appearance, her children are healthy.

Gayle told THE WEEKEND STAR that she is currently unemployed, Mary's father is dead, and Maria's father is absent from their lives. Her main source of income is her two brothers, one of whom sells doughnuts, while the other sells CDs.

Despite her circumstances, Gayle said she is a hard worker who hates being dependent.

"Me no like depend pon people, a June me born!" Gayle asserted.

"Mi work hard, enuh. Mi can wash, me can tidy up house, me can do everything. Mi used to work at a ackee factory. Mi husk the ackee and put it in a bath, but no ackee no deh a the factory so me affi stop work," she explained.

With no foreseeable job offers, and the understanding that her brothers have personal responsibilities, Gayle said she often begs strangers for assistance in Spanish Town, but that comes with blessings and burdens.

"Sometimes people help me and give me a little money, or clothes, and me take it and give God thanks," she said.

"Sometimes dem trouble me on the road, mostly children. Them call me big eye. Them tease me. Sometimes me feel bad about it. But mi no pay them no mind," Gayle explained.

Gayle's older child, Maria, admitted that she is also victimised at school, and she often feels discouraged.

"Sometimes me no wah go a school because the pickney them a trouble me. The pickney dem no like me, mostly the boy them. Sometimes dem call me raisin foot because of the scars pon me foot, and when me go to the teacher, them say a me trouble them first," Maria said.

Gayle added that the attacks on Maria might be triggered by her physical appearance, and they are not limited to verbal abuse.

"One time she come home and say them stab her inna her face. Dem take her bag and cut it up. Them tear up her uniform. Me give her a phone as a present and them take it weh from her. Dem do her bad ova there," Gayle lamented.

Unlike her older sister, Mary has positive experience at the Dempshire Pen Early Childhood Development Centre in St Catherine, and is doing well her teacher, Shenay Allison said.

"She is a very outspoken child and she does her work. She is not in any way different than any of the other children here. She interacts very well with her peers," Allison said.

The teacher added that based on her performance, little Mary is ready to attend primary school in September.

Gayle explained that she looks forward to sending Mary to the Spanish Town Primary School, but she doe not have the $5,500 to pay for the registration package. Gayle said she would be eternally grateful for any assistance she can get.

(IF YOU ARE ABLE TO ASSIST CHERRY GAYLE AND HER FAMILY, YOU MAY CONTRACT HER VIA TELEPHONE AT 850-2444)