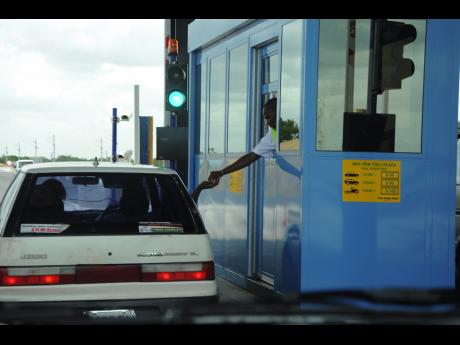 File Amotorist pays his fees as he used a section of the highway. 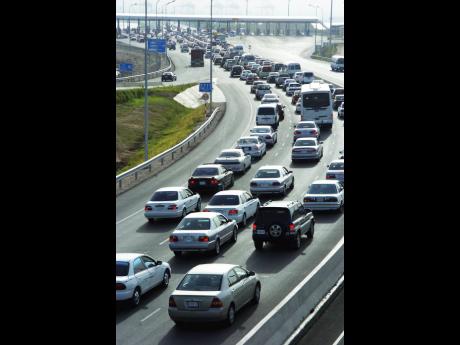 Motorists travel towards the Portmore toll booths in St. Catherine.
1
2

Many Jamaicans have seemingly stopped using the Highway 2000 often because of high rates.

Usage on the Vineyard leg of the highway, which stretches from Caymanas in St Catherine towards May Pen, Clarendon, has suffered a fall since 2006-2007.

Only a little over 9,600 vehicles used the Vineyard leg of the highway in 2014/2015, according to the Toll Authority of Jamaica's most recent annual report. Then the toll rate for that leg was $330.

Clarendon native Hopeton Henry said the constant increases have caused him to cut back on the use of the highway.

"It's an added burden to motorists like me who live in Clarendon and have to use it to go into Kingston regularly. Of late, I try to use it only if necessary and if I have time I use the Old Harbour route. It will work out cheaper and may take a little less gas depending on the speed," Henry said.

Stephen Thomas said he will not knock the authorities for increasing the toll rates.

I will use the toll road according to affordability and necessity," he said.

Damian Kellenedeck, a bus operator who plies the May Pen to Kingston route, said passengers insist that public transport operators use the toll road.

"Mi affi use it because nobody no want travel the old road so no matter what the cost, I will use it. People have their business to do so as a transport operator I work with the people," Kellenedeck said.

Now, with the toll rate at $180 for class-one vehicles, the toll authority says less than 30,000 vehicles use the highway daily.

"I have not driven on it for this good while," he said, adding that for a while when he resided in Portmore he used the highway but cutback because of cost. He relocated to Old Harbour, which is more easily reached by using the highway.

"First time I would use it morning and evening, but now I just drive on the Mandela highway," he said.