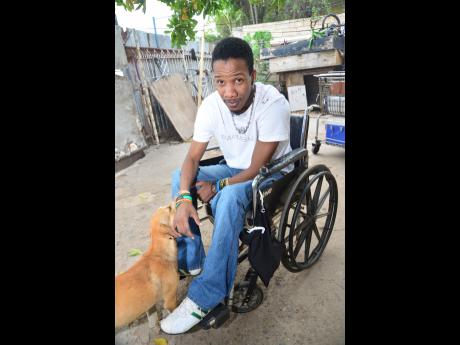 Patrick Planter/ Photographer Oshane Murray plays with his dog during the interview with THE STAR. 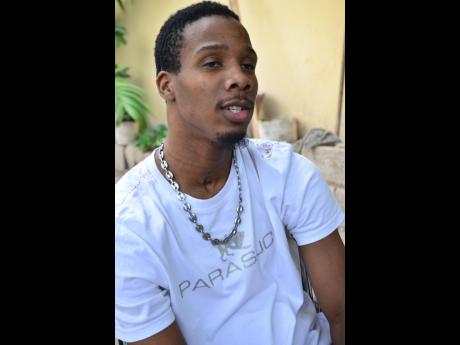 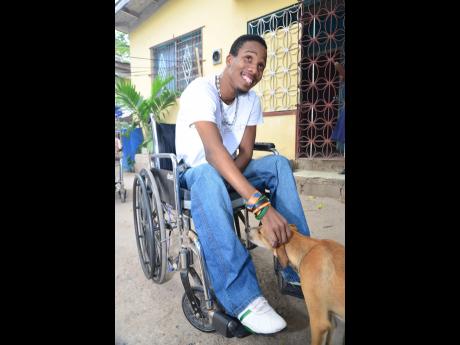 Former tae kwon do athlete, Oshane Murray, suffered a severe spinal injury in 2013. He is now focused on physiotherapy and finishing his diploma at the University of Technology.

Murray, paralysed from the chest down, resumed school in September, and is continuing his diploma in engineering. He hopes to move on to a degree in electrical engineering with a minor in communication after he completes his diploma.

The former star athlete had only completed one semester of his three-year diploma when he had to take a leave of absence after being injured in a cheerleading accident.

"I couldn't go to school. I was weak when I left the hospital. I couldn't move and could barely sit up without passing out," Murray recounted.

Even though he is set on achieving a career in engineering, he explained that there is nothing in his life that can replace martial arts.

"I've wanted to do martial arts from a young age. I mean, I grew up watching Dragon Ball Z. I did it seven times a week, and twice or three times on weekend. It was my life, so I definitely miss it," Murray told THE WEEKEND STAR.

Murray explained that the school assigns someone to be with him during class time to assist in taking notes. He is unable to write his exams and is provided with someone to write for him.

"I don't like people feeling chained because of me, so if I don't have class, the person assigned to me gets to go about their business. Otherwise, I am constantly surrounded by my friends, who have an idea of pushing me around for fun," Murray told THE WEEKEND STAR.

The former athlete was far from gloomy as he recallled the day he received the injury.

"Back when it happened I was very calm. I wasn't the one screaming or shouting. I just couldn't move, but I was constantly telling people not to cry," Murray explained.

Murray told THE WEEKEND STAR he has been through a lot since the injury, near-death experiences while in the hospital.

"I never panic. Maybe that is why I am still alive," Murray explained, adding that he has his down days, but laughs them away.

When asked if he regretted taking on cheerleading, the jovial athlete said he would only change one thing.

"If I could go back in time, I would probably only change the way I did the flip (laughs). Common mistake, my foot just slipped," he told THE WEEKEND STAR.

Despite the setback, Murray said he is focused on healing with the support of his father.

Chief instructor of the Taekwon-do Association, Peter Lue, said he is happy with the progress Murray has made.

Lue explained that the association has set up a fund for Murray in an effort to have him go to Cuba for surgery. However, there have been some delays because of some legal issues.

"Sports Development Foundation has given us some money for Oshane, so we have put it in that account also," Lue told THE WEEKEND STAR.

Murray is thankful as he said the tae kwon do association has been showing him phenomenal support. He said he has also been receiving a lot of support from his grandmother and aunt, who are his main caregivers.

The former athlete, who was told by doctors that his survival is a miracle, is convinced there is a reason he did not die.

"This may be a blessing in disguise. It really purged my life and gave me new abilities," he told THE WEEKEND STAR, adding that He [God] is the man with the plan.