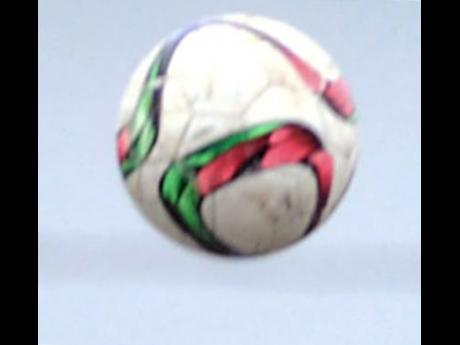 The Christian Brethren Football League (CBFL) is in its fourth year, with the continuing aim of drawing young men to God. The league was founded in 2013, with the motto 'Winning souls, our goal'.

Phillip Riley, chairman of the CBFL, said the league was started with five churches, and has grown to twelve participating churches to date.

"It's all about food, football, and fellowship," Riley told THE STAR.

Riley says the league was started by a group of persons who were a part of a group known as Old Life Ministries. He added that when a football league, which was operated by Old Life Ministries, took a break, it became increasingly difficult to minister to young men.

"So we just decided to rise up, and start one of our own," Riley told THE STAR.

The league has been using social media platform, Facebook as an avenue to share the different games with the world.

After each game, the word of God is shared among the teams as they engage in fellowship.

"We don't want people to look on and say, it's just a church league. So we are very organized and professional with what we do," Riley said.

Riley further told THE STAR that he has experienced several other leagues, and have noted their shortcomings, hence he and his team is careful to fill those gaps.

"We communicate through regular meetings, every week to be exact. We discuss the matches and what needs improvement. The coaches are all friends and the players alike. So we help each other, except on the field," Riley said.

"The nature of the league makes it one that is loved and respected. The players come along and work with us to keep things organized and professional," Riley explained.

The league uses the Rockfort football field in Kingston for its matches.