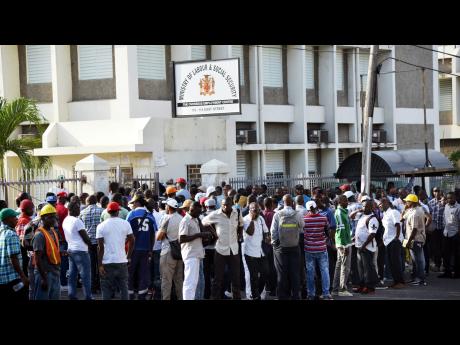 Some Jamaican farm workers in Canada are said to have lost all the money they have worked since being sent on the overseas employment programme a few months ago.

Last week, a fire believed to have started in the kitchen, destroyed the belongings of the workers who were out toiling in the fields on a Mount Pleasant farm.

"They lost all their belongings along stuff they were planning to send back home. It's said some of them didn't have Canadian Bank accounts and also lost all their savings in the fire" Shane Martinez, a Toronto-based lawyer told THE WEEKEND STAR.

Jamaica's social security ministry has been mum on the issue which is reported to have affected 32 far workers from Jamaica.

According to Martinez, local residents have joined forces in hopes of getting the migrant workers, some of whom have five months remaining on their contracts.

"Different people have begun collecting donations. Some people have collected food, clothing, luggage, and other personal items but the main thing is finical donations. Where, the aim is to collect as much finical funds as possible: distributing the funds as evenly as possible to the migrant farm workers," Martinez said.

Media reports out of Canada indicate that the workers, who lived in the bunkhouse lost everything, from their toothbrushes to their immigration papers and passports.

The Community And Family Services Coordinator for the Branford-Paris Salvation Army, William Ratelband said, "All they had was the shirts on their backs, they were out in the fields working."