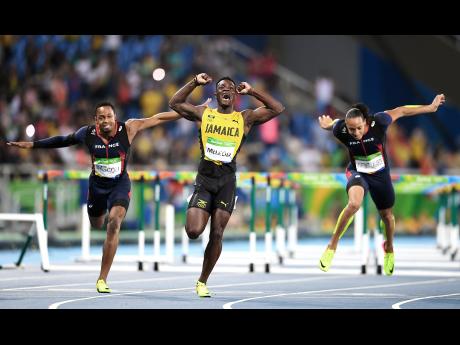 @Normal:Jamaica's Omar McLeod (centre) raises his arms in triumph after winning the men's 110 metres hurdles final as he races alongside France duo Pascal Martinot-Lagarde and Dimitri Bascou, during competition at the Rio Olympics, inside the Olympic Stadium in Rio de Janeiro, Brazil, on Tuesday night. 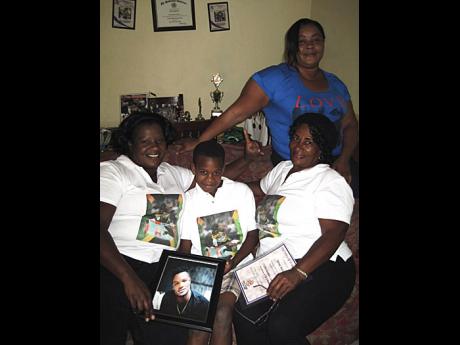 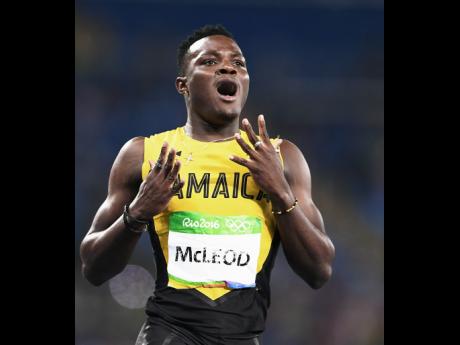 The new 110m hurdles Olympic champion Omar McLeod is still on a high coming after his gold-medal performance in the event at the Games in Rio de Janeiro, Brazil, on Tuesday. McLeod won the event clocking a time of 13.03 to stave off a very competitive line-up.

Immediately following his superb history-making performance, social media went into a frenzy sending congratulatory messages and tweets in recognition of Jamaica earning its first gold medal in the event.

However, not too long after all the merry-making, a rather unsavoury tweet spoiled the mood and sparked much backlash in Twitter land.

In response to the tweet, McLeod's mother, Arnella Knight Morris, said she is unbothered by it.

In a phone conversation, she said her son told her that "If you do good, people will talk and if you do bad, people will still talk. At no point in time everyone say good about you at all times, so expect it. So, it doesn't bother us," she said.

She added that Omar has not seen the tweet and neither is he interested in seeing it because he has come a far way from where he was, and he doesn't intend to focus on the negatives.

"He is a humble child. He doesn't make whatever happen around him trouble him whether negative or positive. He chooses to remain positive," she added.

The family says they will continue to take all that comes with Omar's achievement with a smile.

"We can't stop people from talk. Omar's dream was to get a gold medal at his first Olympics, and our faith in God and his hardwork has helped him to achieve it.

Lasco has since apologised to the athlete and his family for the tweet. In a statement released by the company, it said the person who allegedly wrote the malicious tweet has been fired.