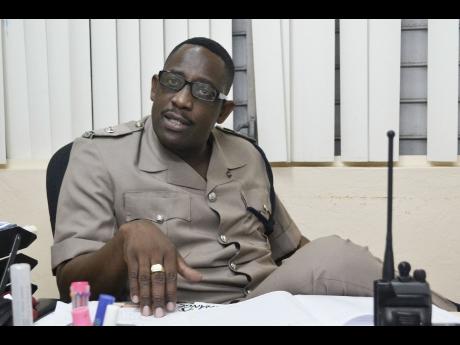 Head of the St Ann police, Superintendent Wayne Cameron, is urging motorists in the parish not to leave large sums of money in their vehicles and to be extra careful when conducting financial transactions.
His warning comes after three robberies in the parish last week, involving motorists who had drawn large sums of money from financial institutions and left the cash in their motor vehicles.
"On Thursday (August 25), a motorist came from the bank with a million dollars and he stopped somewhere in Ocho Rios to do some personal business, leaving his car unlocked. The doors were closed but not keyed, and culprits entered the vehicle and stole the money," Cameron told THE STAR.

In another incident, a motorist reportedly withdrew a large sum of money from a bank in St Ann's Bay, and was trailed to Runaway Bay where he eventually stopped to conduct some business. After exiting his vehicle, robbers broke into it and stole the money.

A third case involved a woman who withdrew US$12,000 from a bank in Ocho Rios and left it in her car to do some business. When she returned, the money was gone.

"What we recognise [is that] customers of these well established banks are being trailed from the bank to various destinations, even outside of St Ann, and at the first opportunity the men will break into the vehicle, or where the vehicle is left unlocked, they will open the door, open the trunk and take the money," Cameron said.

"This is really to sensitise the business community that this is happening and they really need to be more careful in handling these large sums of money."

Cameron added that the police are doing everything to find the thieves, but he is urging persons to be cautious.