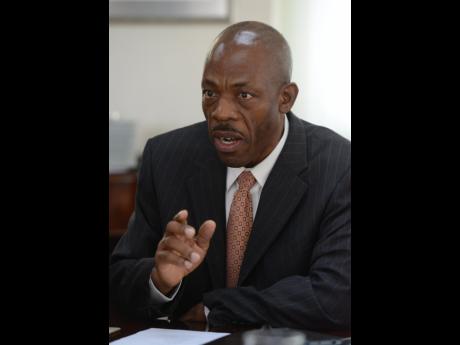 Police Commissioner Dr Carl Williams says the Federal Bureau of Investigations (FBI) is "perhaps the best partner" Jamaica could ever have to tackle international terrorism and to prevent mass violence in Jamaica.

The United States Embassy in Jamaica has established a local FBI office in Kingston, and since the announcement there has been mixed reaction to the FBI having a local base.

However, Williams, while speaking at the Police Academy, Twickenham Park, St Catherine, said the presence of the FBI in Jamaica is definitely needed as "we confront the issue of international terrorism.

"All this discussion about the FBI tend to let us overlook the hard work that has been done consistently by the other federal agencies have been cooperating with us over the years to deal with law-enforcement issues and to apprehend criminals in Jamaica," Williams said.

"I want to use this opportunity to recognise and underscore the value of your support to local police in law-enforcement and security issues," Williams told US Ambassador to Jamaica Luis G. Moreno.

Williams said that Jamaica's Counter-Terrorism and Organised Crime Investigation Branch has already been put in touch with the new FBI agent.

"Within the last few days, I have had a meeting with the new agent to welcome him to Jamaica and to discuss the task at hand, and he is ready to go," Williams said.