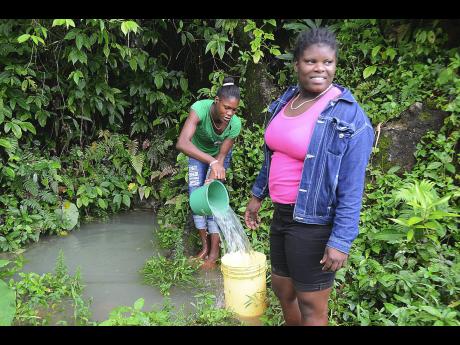 Residents of Free Hill District in Bamboo St.Ann, show where and how they get water since they have no piped water. 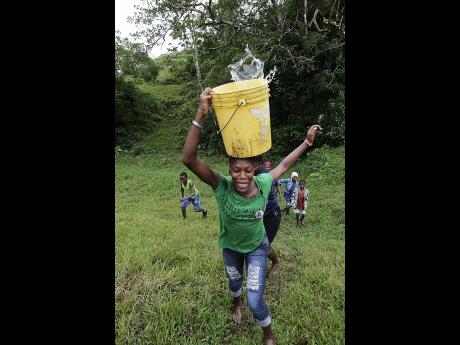 In this 2012 file photo, residents of Free Hill district in Bamboo St.Ann, make their way from a spring in the community. There is no piped water in the area.
1
2

In a community in the north of St Ann, residents have all but given up the hope of getting piped water.

According to some residents, they have become so accustomed to their political representatives and state agencies ignoring their pleas for this basic commodity that the thought of not having running water doesn't bother them.

"It doesn't really bother me again. Because from the day I was born, I have been hearing that we are going to get running water and I have not seen it," Lenworth Bailey, a resident of the community said.

The residents of Bamboo have devised means of dealing with their shortfall. They have built tanks and hire private trucks to carry water from a pump house in Claremont.

"There were tanks here from the beginning so we know how to operate without," the resident added.

But even though he and other residents seem to be content without running water, Bailey, who operates a garage at the entrance of the community, hopes the day will come when he gets piped water.

"I wish I could use the amount of water that I want to use and then they just bill it at the end of the month," Bailey said.

Bailey told THE STAR that not having running water doesn't bother him or other members of the community as much as the upsurge in break-ins and robberies in recent times.

"We have been living quite fine without running water. Not that we wouldn't love to have it, but getting rid of criminals in this community is way more important," he said.

"It's one of the issues that I have brought forward. Last year, we did an estimate to get water to the community. The project itself was approved by the National Water Commission (NWC) and the last administration. The design was done by Rural Water. We were supposed to bring the water from Green Park in Claremont," Campbell said.

The People's National Party, of which Dr Campbell is a member, lost state power in the general election held in February. The MP, who was elected to a second term, is hoping that the Bamboo water supply project is not abandoned.

"There are consequences to an election defeat and I am hoping that this project is not one of them. It should have started in this financial year," Dr Campbell said.

Charles Buchanan, head of communications at the NWC, told THE STAR on Monday that he would have checked whether Bamboo is one of those communities slated to receive running water under a new project to be undertaken by the agency. Subsequent attempts to contact Buchanan proved futile.