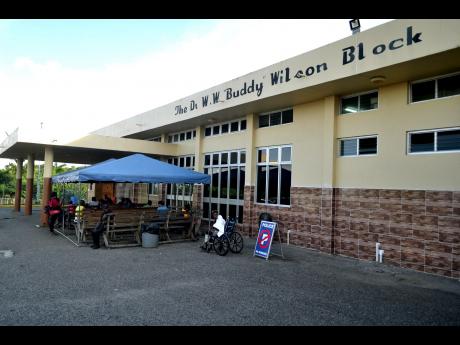 Carl Gilchrist The outside of the outpatients department 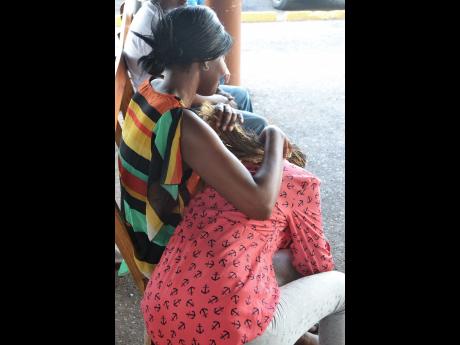 Waiting long hours to see a doctor at the St Ann's Bay Hospital will soon be a thing of the past, according to the regional director at North East Regional Health Authority, Fabia Lamm.

"By mid-December, we should not see those numbers in outpatients, and accident and emergency [departments]," she said. Lamm said improvement work is being carried out at the St Ann's Bay Health Centre in order to accommodate patients whose conditions did not warrant going to the outpatient department.

"We have also extended the opening hours at the health centre, it is now opened from 8 a.m. to 8 p.m." Patients who come to the hospital and are diagnosed with conditions that are treatable at the health centre will be transported there. This should begin by the middle of November.

"We have the staff and the additional facilities at the health centre to take care of any increase in numbers, and they will be afforded the same level of treatment at the health centre as they would at the hospital." When THE WEEKEND STAR visited the hospital recently, the outpatient department was packed to capacity with patients waiting under a tent at the front of the building. Antoinette Christie of Ocho Rios went there complaining of dizziness and high blood pressure.

"I come to the St Ann's Hospital from four minutes after eight this morning; is now five o'clock and mi nuh get to see the doctor," Christie complained. Erica Webb of Rio Bueno in Trelawny took her sick daughter Shamora to the hospital and said they reached at 8 a.m. They were still there at 5 p.m.

"Sometimes when you go to them, they talk to you certain ways and so forth," she said. "Some people who mi come see, dem inside there same way, but some who come see me get through and gone." Persons believe that a numbering system would ensure patients are treated on a first-come first-serve basis. The outpatient department at the hospital treats over 3,000 persons monthly.