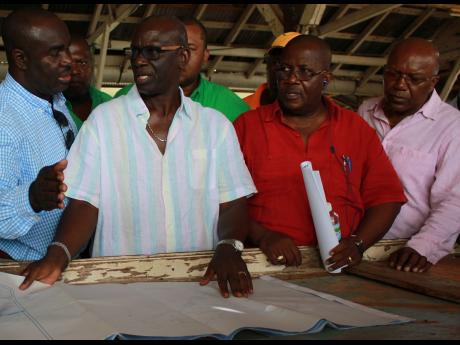 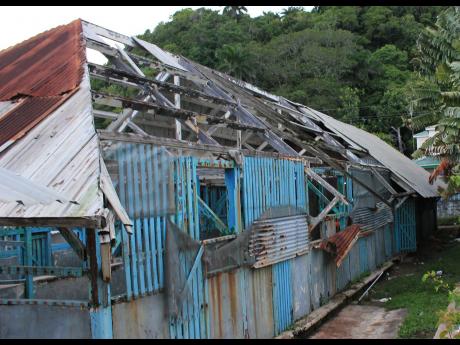 Butchers in Port Maria Market have been waiting four years for renovations to be made to the beef market after Hurricane Sandy destroyed the roof in October 2012.
1
2

Minister of Local Government and Community Develop-ment Desmond McKenzie said yesterday that St Mary would soon benefit from the construction of a fire station and market in the parish capital, Port Maria.

McKenzie said the new market would comprise a two-storey building and be constructed in conjunction with the Jamaica Social Investment Fund at a cost of around $68 million.

"The municipal corporations are now going to have to earn their own way, because one of the policies of this government is that they have to be self-sufficient, and earn their own revenue. The concept of the market, as recommended by former mayor Richard Creary, is that it is built in a way that a section can be made open to the public so they can rent the shops to do other business. And that is the intent to have the vendors on the ground floor and open commercial activities on the second floor," McKenzie said.

The minister made his way to the eastern parish at the height of campaigning for local government elections, which are due on November 28.

The People's National Party (PNP) won the eight of the 13 divisions in the St Mary Parish Council in 2012, but the Jamaica Labour Party (JLP), of which McKenzie is a deputy leader, is seeking to end the PNP's reign.

In a recent article published in THE STAR, St Mary's chief public health inspector, Albert Brown, said the market in Port Maria is not fit for use.

"The health department has been at the parish council for around 10 years about bringing the market up to public-health standards, but they have a very serious challenge because the vendors have outgrown that space," Brown said.

Vendors who regularly use the market recently described the building as "dirty", and complained that conditions were so bad they were forced to depend on loyal customers rather than passing traffic. They say this is because shoppers were reluctant to enter the market and beef shed, which lost a large part of its roof in 2012.