Student pilot remembered for his passion 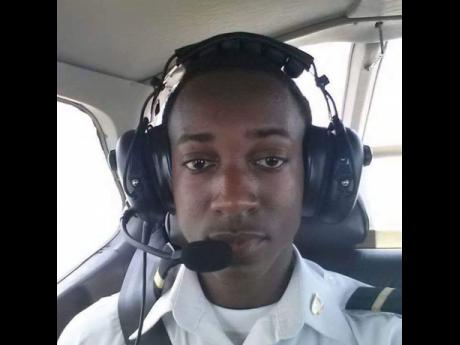 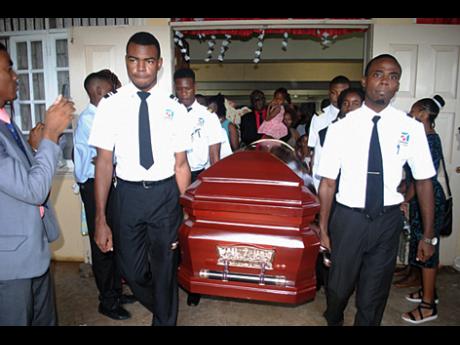 Hundreds turned out on Sunday for a thanksgiving service at Boundbrook Seventh-day Adventist Church in Portland for student pilot Ramone Forbes, who died at hospital following a plane crash on November 10.

Forbes, a former student at Titchfield High School, died from injuries he received in the crash that also claimed the lives of his flight instructor, 30-year-old Jonathan Worton, and another student pilot, 19-year-old Dansheer Gilmore.

Tears flowed as Forbes was fondly remembered for determination, dedication, and passion for not only becoming a pilot, but also the active role he played at Priestman's River Seventh-day Adventist Church, as a youth leader, deacon, and a Pathfinder.

"We are very proud of the strides made by our young people," Pastor Adlai Blythe said.

"Forbes was a part of the graduating class of Master Guides last June. He was a very active young man at home, his church, and across at North East Jamaica Conference (NEJC)."

Founder and chief executive officer of the Caribbean Aviation Training Centre (CATC), Captain Errol Stewart, labelled all three victims as his sons, who he claimed were destined for a bright future.

"I lost three sons, and it is not easy picking up the pieces," he said.

"However, the joy for me is that the Almighty selected three of my finest pilots. For this reason, I am happy as they went on to the Almighty airline. When he came to CATC, all I saw was a bright smile on his face. From that day on, Forbes was referred to as 'Smiley'. Let us, instead, reflect on the joy and passion that he has left behind," Stewart added.

According to Stewart, a scholarship will be launched in honour of Forbes, and a past student of Titchfield High, who shared the same pain, passion, vision and love for aviation, will be selected for the scholarship.

Ramone died just two weeks shy of his 18th birthday. He grew up in the rural district of Castle in Priestman's River, Portland. As early as three years old, he developed a love and interest in aircraft.

Forbes' aunt, Judith Miller, in delivering the eulogy, stated that he was fascinated with aircraft and testified that while in high school, he used his book covers to make toy planes.

"While enrolled at CATC, he was the youngest in his class. He enrolled at The Mico University College as a computer science student in 2016, but it was never his dream as he would always maintain that he was a pilot, not a teacher," she said.

Following the service, the procession made its way to the Commodore Cemetery where he was laid to rest.