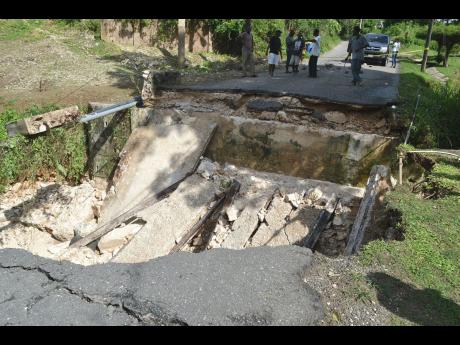 A bridge that collapsed Sunday morning along the Dumbarton main road, between Discovery Bay and Brown's Town, St Ann, following heavy rains in the area 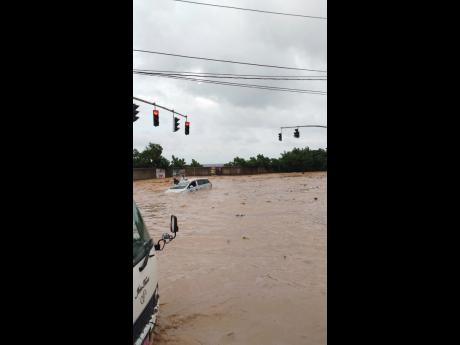 Contributed by Courtney Gordon A car is trapped along a section of the Runaway Bay main road, opposite the police station. 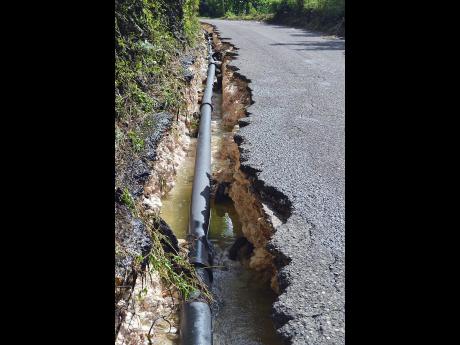 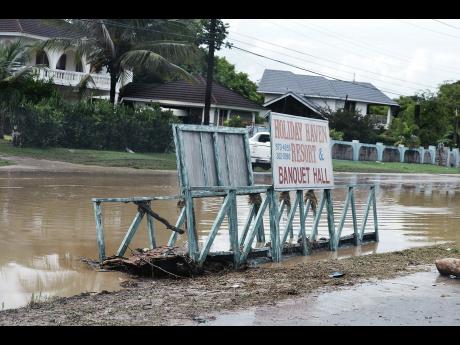 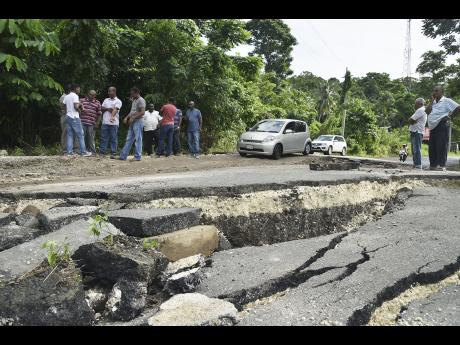 Heavy rains between Saturday night and Sunday morning in St Ann and St Mary led to flooding and breakaways in both parishes.

The onslaught of the rushing waters tore away a box culvert on the main road linking Runaway Bay to Brown's Town.

At the main junction in Runaway Bay, residents said blocked drains caused flooding, leaving the roadway under several feet of water, and threatening to flood the nearby police station.

A corporal at the police station told reporters that the water rose to the top of the steps leading to the front office of the station but did not flood the building.

Several homes in the area were flooded as a result.

In Dumbarton, St Ann, residents gathered at the site of the collapsed culvert, several of them voicing concern over the difficulty they will now face to travel from their community.

Councillor for the Dry Harbour division, Carlton Ricketts, also issued an appeal to the NWA for immediate action to address the situation.

Ricketts said there was also flooding along other roadways in the division.

Some residents claim that erosion of some sections of the roadway in Dumbarton was further facilitated by the unfinished pipe-laying work being done by the National Water Commission (NWC).

They called on the NWC to speedily complete the pipe work.

Stephen Shaw, NWA communications manager, said a technical team from Kingston would be visiting the affected areas today, after which the agency will be in a better position to address the situation.