Longing for the good old Christmas to return 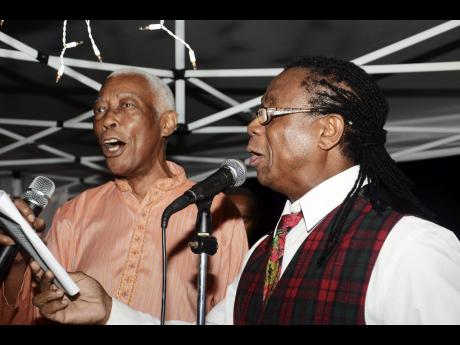 Today, the Christmas season celebration sees the airwaves being permeated with the many Christmas carols.

From as early as October, the songs are added to the playlists.

Going to the malls, walking on the street, carols blast from sound boxes, heightening the anticipation that the 'big day' will soon be upon us.

Today's generation only interaction with the songs of Christmas comes from radio, singing them in church or checking them out on YouTube.

But unless 'old time something come back again', they will never get a piece of what it felt like to be ensconced in the sheet, lying in bed, and hearing the distant sound of voices coming down the street. As they approach closer, you realise the kind of treat you will be receiving.

There is a certain kind of excitement as the melodious voices gather. All this pleasure unfolds two days before Christmas in the early hours of the morning, the biting cold is even more reason for the group wrapped in white sheets, candle in hand to huddle together as they go carolling from one house to the other.

O Come All Ye Faithful, Silent Night, While Shepherd Watched, one carol after another, take them from door to door - pausing for as long as it takes to complete a song. And, yes, sometimes the group gets lucky, the light flickers on and a door is opened ... Heartfelt thanks followed by a contribution, and then it's on to the next house.

Oh that this generation could enjoy the sweet feeling of taking in that kind of treat.

Maybe it's still taking place someplace in Jamaica, but, from my side of the woods, it's just nostalgia and a longing for the good old days.