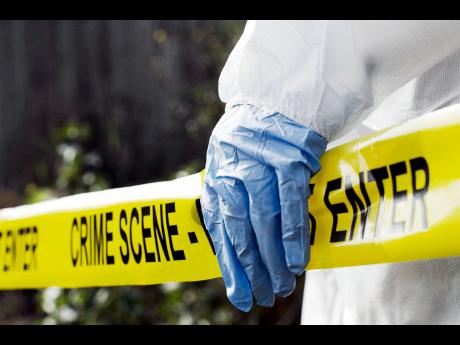 The St Ann police have launched a probe into the circumstances surrounding the death of two family members, one of whom was believed to be intellectually challenged.

Their bodies were found a day apart in the community of Higgins Town in the parish.

Information reaching THE STAR is that on Tuesday, the body of 35-year-old Terry Bowen was found in her house with multiple cuts and bruises.

The police theorise that she was sexually molested or raped.

The police have also revealed that one man has since been taken into custody and is being questioned in relation to the incident.

Member of Parliament for the South East St Ann community, Lisa Hanna, expressed shock at the killing of Bowen and took to Instagram to express her disgust.

“She had Down’s syndrome and was no bigger than a six-year-old that wore a child’s size 13 shoe. The person who raped her put a bucket over her head and stabbed her so many times, even in her face. How? And Why? We are all in shock ... We are going to find this person and ensure justice is served," Hanna said.

While investigating that murder, the police were called to another crime scene yesterday.

On arrival, 25-year-old Orlando Lewis was found lying in a pool of blood.

Superintendent Gary Francis, who is in charge of the parish, confirmed that Bowen and Lewis were cousins.

He told THE STAR that so far, no link has been established between the two murders.

“Gunshots were heard in the community and the deceased was found lying along a path with what appeared to be multiple gunshot wounds,” he said.

Further reports from the St Ann police are that Lewis, a construction worker, was at home around 10:30 p.m. on Tuesday when he received a phone call.

He left the house shortly after and was later found dead.