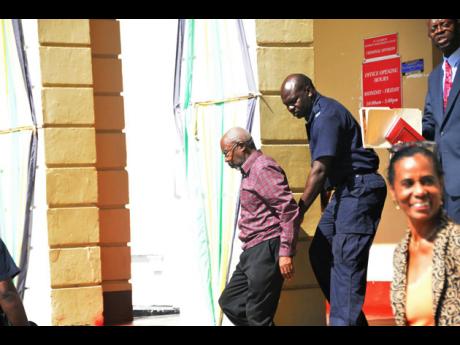 Pastor Rupert Clarke being led from the St Elizabeth Parish Court earlier this month after appearing on a charge of having sex with a minor. Also seen in the picture is Heather Murray, who was present at the hearing. 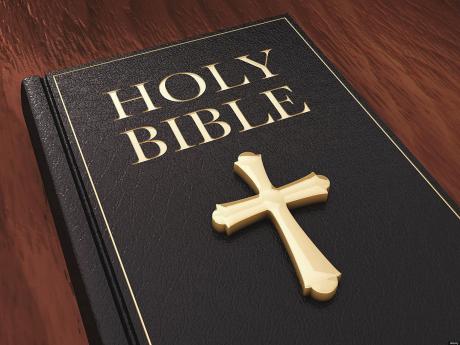 An elderly churchgoer has earned the ire of many after she was captured on video after church on Sunday defending her embattled pastor, Rupert Clarke, who is facing rape churches and is implicated in a number of other sexual misconducts.

"Dem deh smaddy a condemn Pastor. Worser than him still inna the world. Why dem dress up inna dem deh sexual abuse something? Weh di backside dem a go? Why dem no dress inna nice clothes? Dem a condemn minister and worser than fi him disgrace deh bout ya!" the senior citizen quarrelled.

Her statements were directed at a group of 14 women who staged a peaceful protest at the Nazareth Moravian Church in Manchester, where Clarke is a pastor.

He has been suspended since being charged with having sex with a minor, and being investigated for other sexual misdeeds.

The protesters, who were all victims of sexual abuse, were clad in T-shirts bearing anti-sexual abuse messages.

The group said it was denouncing the silence of the church on sexual abuse and showing support to the victims.

However their presence was met with verbal attacks from some members, similar to that captured on the 30-second-video, which has been making the rounds online.

The woman's defence of the pastor, as well as the hostile nature of other church members towards the protesters, angered many who took to social media to vent.

"This is why children will not speak up. Who do u tell? Huh?? When the older people rather stand with the pastor than the victim?" one commenter questioned

Another added, "If I could strangle her I would. look how she old to nuh. Ugh she should be sticking up for the young lady."

"They are equivalent to Vybz Kartel fans. Jamaica has a different code for celebrities, whether it be a DJ or a Pastor. It's full time we all wake up and be ready to call Wrong what it is, irrespective of who the offender or alleged offender is," another posted.

The embattled Clarke is out on $800,000 bail and the whirlwind of controversy surrounding him and the Moravian Church continues to deepen after a minister produced a trail of emails proving that the church leadership had previous knowledge of allegations of misconduct against the 64-year-old pastor.

Clarke is scheduled to reappear before the court on February 13.