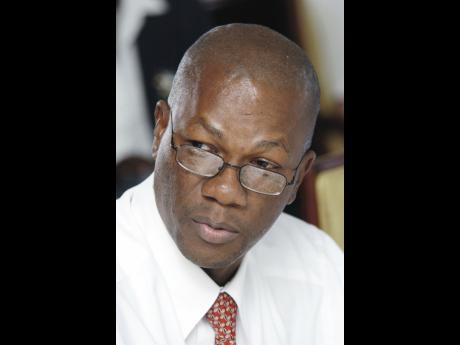 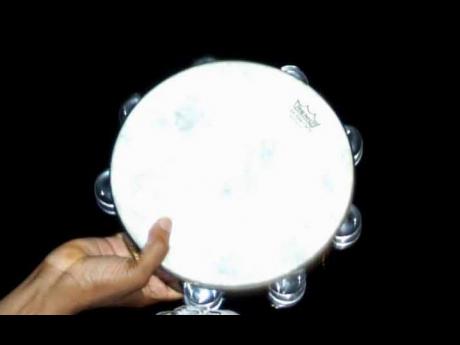 The protester, who has been identified as activist Stella Gibson, was among a group of 14 women who were once victims of sexual abuse.

They staged what they described as a peaceful protest at the church in light of the sex scandal now rocking the church, in which Pastor Rupert Clarke, 64, was charged with having sex with a minor.

Gibson has been very vocal about the tambourine ordeal on social media, and has since started a hashtag, #TambourineArmy.

In one post to her Facebook wall, Gibson wrote "I am happy I gave Paul Gardner one [expletive] lick inna him head with a tambourine." She then added, "I should have used a block instead of a tambourine."

When contacted for further clarification on the incident, Gibson explained that she will not be speaking on the tambourine beat down in mainstream media, as she wants her engagement in the media to be survivor-focused.

She said she does not want the tambourine incident to overshadow the real issue at hand.

"I don't see any value in talking about it to the media because I know that something like that will become the highlight or the spotlight, and I'm trying as much as possible to avoid that," she said.

"What we are trying to do is to engage persons who do healing work, and counselling and support kind of work, to provide safe spaces, physical and virtual, for survivors of sexual violence. We are also trying to let people understand the concept of sexual grooming," she added.

Gibson also took the opportunity to encourage abused persons to speak up and name their aggressors.

Meanwhile, Gardner, and his deputy, Jermaine Gibson, have resigned from their posts. Their resignations comes after the continued developments in the sex scandal.

It has been reported that a minister provided a string of emails proving that the church leadership was aware of the embattled pastor's sexual misconduct before he was caught, although they previously denied having prior knowledge.

Clarke, who is also being investigated for other sexual misdeeds, is out on $800,000 bail and is scheduled to reappear in court on February 13.