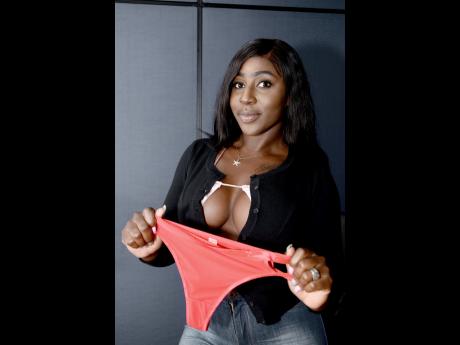 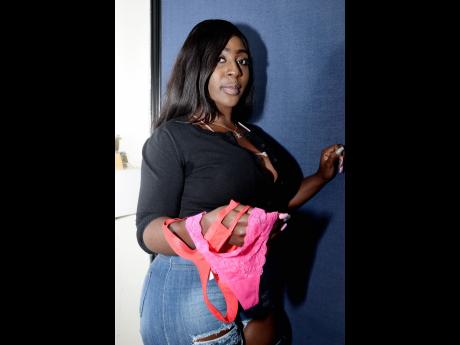 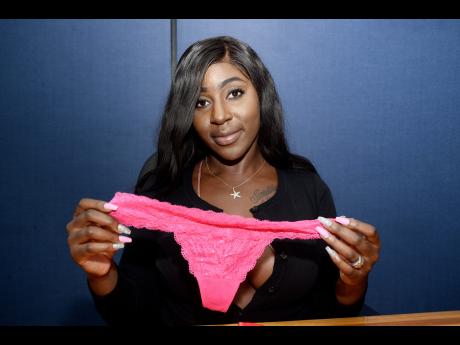 Coco De Thick says the panties are in high demand.
1
2
3

One Jamaican woman said she has been earning millions from her website, on which she sells her used panties to interested clients, and offers others a number of other services.

"My friend said guys like things like these. It's a fetish for them. They want to smell you. I thought this is so weird, but after having it up on the website, I realised that guys really do buy them. They want it to be shipped to them in ziplocked bags so the smell don't come out," Ramsay told THE WEEKEND STAR.

The used undies go for US$50 (Approximately J$6,420), and Ramsay said she has been getting clients from various foreign countries such as the United States, Australia, and France. She said she wears the panties for a couple of hours, and sometimes works out in them to ensure they capture her 'essence'.

"They (clients) say I smell good. I feel good that I'm pleasing somebody somewhere with my underwear," Ramsay said.

Since its launch in January, Ramsay said she has sold about 20 used panties, and the orders keep coming in. But the majority of her earnings come from the other services on her website, such as subscriptions for her premium Snapchat, and costume videos.

Despite her success, Ramsay admits that people constantly bash her. However, she said she is unfazed by the critics.

"I'm making money in my comfort zone. I go to my bed with US$1,000 in my account and wake up with US $1,600. I'm doing very fine. I'm making money just taking pictures. That's smart. It's marketing and promotion for my website to make more money," Ramsay asserted.

Having established a comfortable life for herself, Ramsay said she would advise others who are interested in this kind of business to give it a shot.

"You have to be bold. Just make up your mind that you want to do it and don't care. You have to be strong mentally and emotionally," she encouraged.