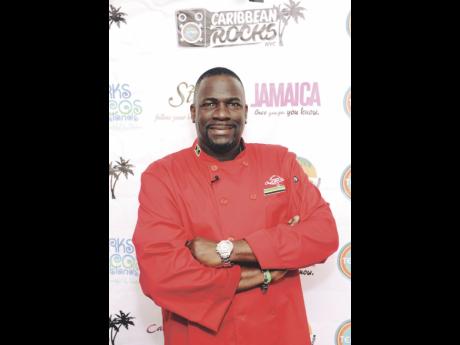 Over the years, renowned chef Wenford Patrick Simpson, who hails from Ocho Rios in St Ann, has been travelling to various schools at home and abroad inspiring students with the story of his remarkable journey, where he went from being poor boy sleeping on cold floors to being a celebrity chef with his own TV show.

The feedback from eager Jamaican students wanting to follow in his footsteps but lacking the resources has inspired the 'Cook Up With Chef Patrick' star to open a culinary school in his hometown, where students can enrol fresh out of high school.

"Even this morning, I got e-mails from people saying, 'I want to come to your school. We want you to educate us. We want your school to mould our career'," Simpson said.

Simpson's Culinary Arts Development Centre will operate as a partial non-profit institution, requiring only a minimal registration fee to cover operational costs. Not only will the school provide essential culinary training, but Simpson envisions that there will be a focus on job placement.

"I'll be working with a couple of hotels that I'm real cool with the chefs to find job placements for the students. It's not where you come there and graduate. It's where I'll actually have a team of people and chefs from other restaurants, where we help to place you in a position," Simpson told THE STAR.

Serious about his mission, Simpson said he met with Education Minister Ruel Reid some two weeks ago to discuss his plans.

"We talked about the school and the education system in Jamaica and how we can make it better. He put me in touch with his office to communicate directly as to anything I need to break grounds for the school. He is definitely on board with it and anything they can assist with in their office," he said.

Simpson, who is the corporate executive chef for BB King Blues Club & Grill in New York and the executive chef at Highline Ballroom, Howard Theater in Washington DC, will take a break from his busy schedule in September to break ground for the school.