Farmers could get idle Crown lands 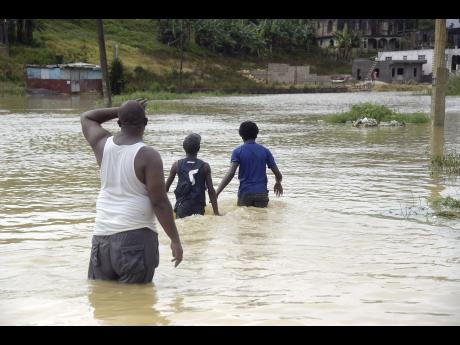 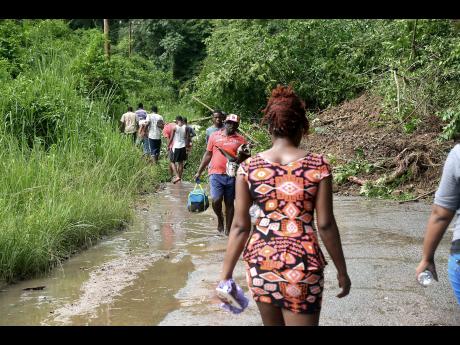 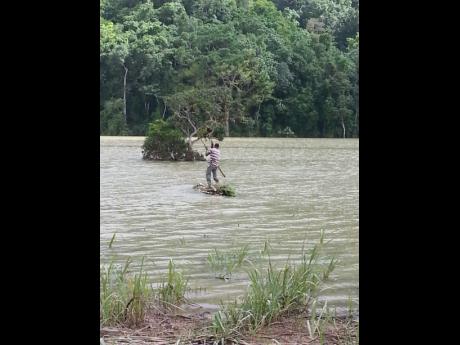 This Clarendon farmers uses a raft to transport grass to his animals. Approximately 200 acres of farm lands are under water.
1
2
3

Farmers who have been displaced by last week's flood rains may be allowed to farm on government-owned lands, minister without portfolio in the ministry of agriculture J.C. Hutchinson said.

"The ministry is looking to ramp up production as well as allowing farmers to farm on idle government lands to replant, especially the cash crops, that which they have been lost," he said.

The minister with a team of technical personnel from the ministry, as well as Rural Agriculture Development Authority officers, and Member of Parliament Horace Dalley and councillors toured sections of Northern Clarendon, including Bog Hole, John's Vale, Aenon Town, Trout Hall, Ballards River and Arthurs Seat on Thursday.

Hutchinson said that given the impact of the rains, the prices of agricultural products "may go up a little, but we will be able to manage".

Hutchinson said the losses associated with the flood rains is $522 million dollars. Nearly 200 acres of farm lands still under water, and more than 100 farmers have lost crops and livestock.

"We are currently putting plans in place to assist the farmers right across Jamaica. We have had major damage in St Catherine, Clarendon, St Mary, Portland, Kingston and St Andrew," the minister said.