I was set up! - Female drug convict wants to clear her name 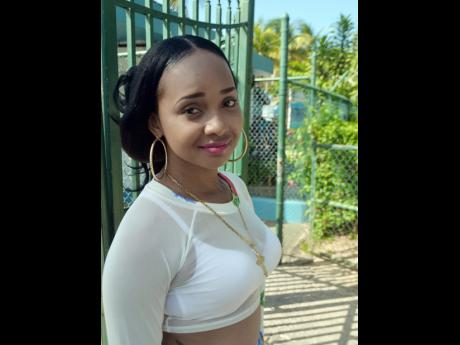 A St Ann woman, who spent 15 months at the North Carolina State Prison on cocaine related charges and was later deported to Jamaica in December 2016, is maintaining that she was set up and is determined to clear her name.

Phoenicia Paisley, 29, of Exchange in Ocho Rios, St Ann, was charged on July 28, 2015 with trafficking in cocaine and possession with intent to sell and deliver cocaine, after arriving at the Charlotte Douglas International Airport in the United Stated (US).

On instructions of her attorney, she pleaded guilty to attempted trafficking in cocaine by possession, and sentenced to 15 to 27 months in prison. She served the minimum time.

But Paisley is maintaining she is not a drug courier and that she was set up to transport the cocaine by a businessman with ties to politicians.

She is alleging that the man who set her up, whose name she mentioned, was charged in relation to a $85-million dollar fraud ring in January 2013, which she didn't know about when she was introduced to him by a friend in 2014. She said she was just told he had connections to an overseas work programme.

In the long run, no job ever came. But the man had introduced her to a friend of his in North Carolina. After several months of communication, she became friends with the US-based man, who sent her a ticket to visit the US in 2015.

Paisley said both men asked her to take a bag from Jamaica to the US, with food items, including Horlicks. It turned out the Horlicks container had cocaine.

Her time in prison represented the lowest point in her life, Paisley said.

But now, she is back home and feels very angry.

"I feel frustrated and very angry because my case is unresolved. Unresolved in the sense that I'm innocent, and it's like I can't prove my innocence," she said.

Paisley said she is willing to testify in a court of law about what happened, but has not been able to contact the man since she returned to Jamaica.

Even his politician friends, whom she had met before being locked up, have refused to speak to her regarding his whereabouts, she says.

"If I go to court I will give the same information. I am willing to do that. I am not going to let it rest just like that. I refuse to be another Jamaican who has been used and abused and taken advantage of," said an adamant Paisley.

"People are saying I should be afraid for my life, but I am not afraid. I need justice to be served. I need the authorities to get this man and make him confess, admit that he was wrong and let the entire world know that I am innocent. He has messed up my reputation both locally and internationally. It's taking a toll on my life. I have to live with it every day of my life. I went to prison!

She continued: "They can't think I'm just going to go to prison and get deported and come here and live a normal life. There is nothing normal about my life anymore. I need to know where to go and how to go about it."

When THE STAR contacted a senior police officer in St Ann, he recommended that Paisley speak with a lawyer.

Meanwhile, Paisley wants other women who have been so used in this manner to come forward and not be afraid to speak out. She intends to start a Facebook page to seek support in this regard.