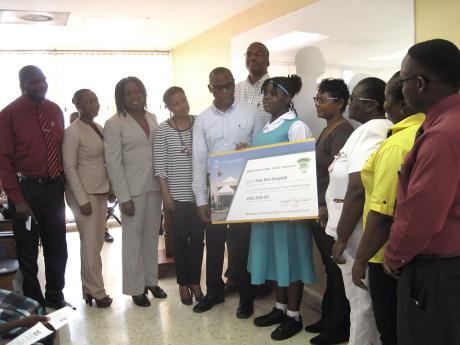 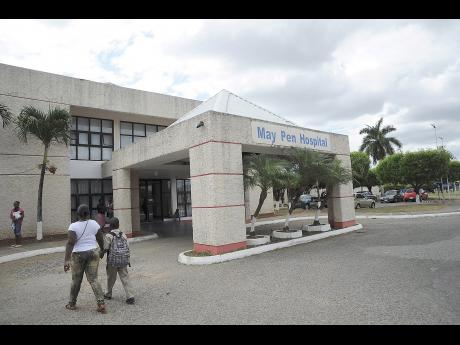 The front of the May Pen Hospital in Clarendon.
1
2

Grade seven students from Denbigh High School in Clarendon last Friday presented a blood-pressure machine valued at $51,300 to the paediatric ward of the May Pen Hospital.

The machine - one specially designed with accessories for the smallest of neonatal to the average-size children - will accurately measure their blood pressure and give precise readings so the doctors will be correct in their prognoses.

In accepting the gift, which came about through the fundraising efforts of the students and their grade supervisors, CEO of the hospital, Leon Dixon, said there was a genuine need for the valuable equipment.

"Denbigh High approached the hospital and said they wanted to donate something. So, I decided that instead of taking the cash, I would find out what is needed, and the consultant paediatric doctor Curtis Pryce said what we needed immediately was a blood-pressure machine," he said.

"I feel very good about it knowing that it came from the children's personal funds, and that means a lot to us."

Carlisha Johnson, a grade seven student, said the donation was about showing the paediatric ward and the children there that they cared.

"Although they may wake up in the hospital, there are people out there who care for them," she said.

"We thought that we could give back to the children in need. We are also children, so we decided to give back to the paediatric ward. These days, children are affected by many different illnesses and diseases, so we would like to know that they are properly diagnosed and treated, and we wish them a speedy recovery to their illnesses," another student, Javagail Gordon, added.

Grade seven teacher, Shannette Nembhard said she liked the fact that the students could tap into their social consciousness and give back to the hospital in that fashion.

"May is Child Month, and this is our way of giving back to the children that come to the May Pen Hospital for treatment. Each grade seven class had to contribute a certain amount, and I am happy about the gesture. We believe that once we get the children to understand the importance of giving back, it will stay with them forever," she said.