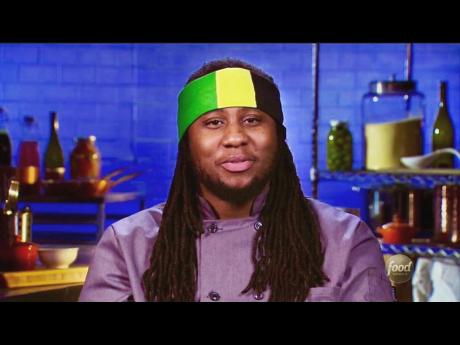 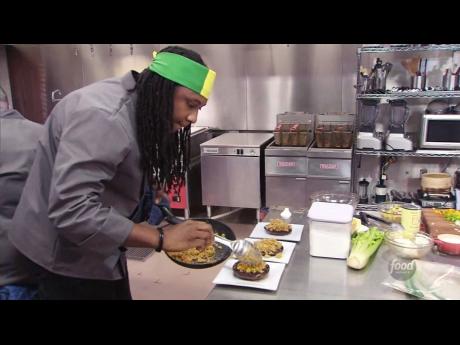 Chef Troy plates his dishes for the judges. 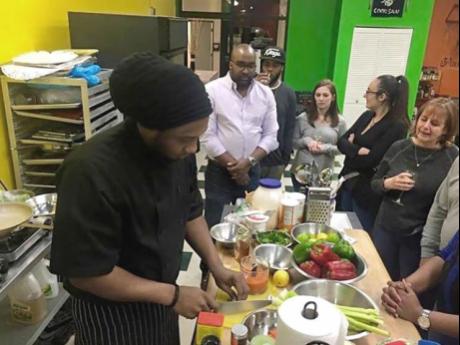 Chef Troy gets busy in the kitchen in front of many watchful eyes.
1
2
3

Still on a high from his appearance on the Food Network's popular 'Cooks vs Cons' show, Jamaican chef Troy Levy said that was only the beginning.

"The show opened a lot of great opportunities for me," the 34-year-old, who hails from Glengoffe, St Catherine. told THE STAR.

Levy appeared on Cooks vs Cons last month. In each episode, two amateur cooks (also called 'cons' on the show) are pitted against professional chefs and judges try to figure out which two are which, based on their cooking and presentational skills.

Though Levy placed second, he said he is grateful for the experience, because he got the opportunity to showcase his talent on a huge platform.

Since the show, he has landed a job at the prestigious BB King restaurant in Manhattan, working with Jamaican celebrity chef, Wenford 'Chef Patrick' Simpson, who has his own cooking show called Cook Up With Chef Patrick on the Tempo Networks.

"Last week, I helped [Chef Patrick] to prep for Queen Ifrica, Tony Rebel, and other artistes when they performed at the BB King," Levy said.

The Glengoffe High School past student said his passion for cooking started from age eight, when his stepfather opened a restaurant in Glengoffe and he was asked to help out.

Being the oldest of three siblings, Levy also had to cook for the younger ones.

After graduating high school, Levy migrated to Brooklyn, New York, where he said he met his biological father for the first time.

The transition to a new environment was challenging, but Levy soon found his place by cooking in his father's bar and lounge part-time.

"That started putting a lot of money in my pocket because people started coming from Long Island, Albany, all over, for the fish that I cooked," he said.

He went on to work at the Milk River Restaurant in Brooklyn, which is a Jamaican-Asian fusion restaurant, and was the sous-chef (second-in-command) at Suede Restaurant, which specialises in modern Caribbean cuisine.

Levy also teaches cooking classes and does bookings for special events. He said his main aim now is to grow his career and spread the Jamaican taste as far as possible.

"One of my greatest ambitions right now is to go to Dubai and do the vegan/vegetarian food on a big platform. I also want to give back to my country," Levy told THE STAR.