Basic school gets its own building 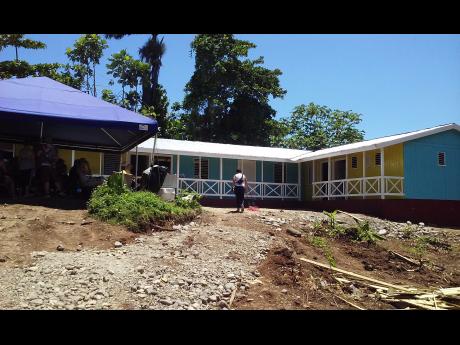 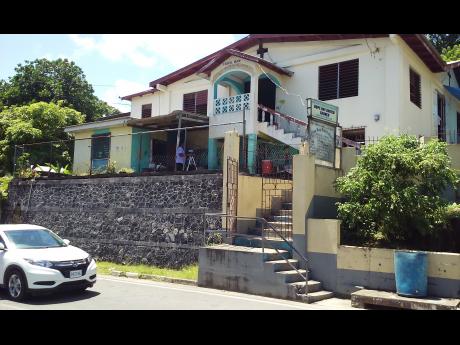 The church in which the basic school used to operate.
1
2

Students and teachers at the Disciples of Christ Basic School have finally received their own building.

The school, which was previously located at the Hope Bay United Church facility, posed many challenges for students and teachers, including a shortage of classrooms, poor ventilation, overcrowding, and a deplorable structure.

The school was officially opened on Sunday. The school was also constructed by Food for the Poor (FFP) with the help of a team of volunteers from Helping Hand Jamaica Foundation.

FFP executive director, David Mair, spoke about the agency's commitment in building alliances and relationships, which has resulted in the upliftment of the poor, while impacting the lives of hundreds of students and other residents.

He said that since the launch of FFP's Jamaica 50 campaign in 2012, which sought to build or refurbish 50 basic schools in a 50-month period, FFP had constructed 90 islandwide.

"Disciples of Christ Basic School is now officially our 91st. I want to commend our donor, Orlando Franklin and his family, who contributed heavily towards the success of this school. Without continuous generosity from our donors, the school would never have been completed. This structure is built to accommodate approximately 50 students and is retrofitted with the basic amenities," he said.

West Portland Member of Parliament Daryl Vaz lauded FFP for its commitment towards nation building and its life-changing initiatives.

He especially thanked the organisation for its work in his constituency

"The lives of many community residents have been impacted positively, and if it weren't for the FFP, I would never have achieved that much in terms of providing quality housing assistance to the people and also to construct basic schools to assist those at the kindergarten level," he said.