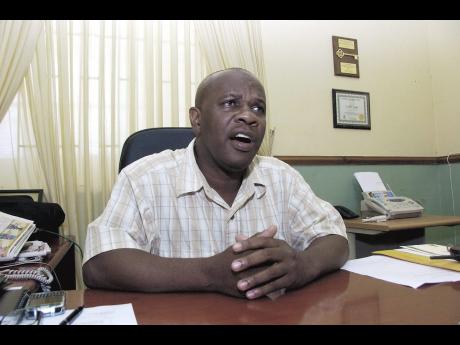 Acting chief public health inspector for Trelawny, Delroy Mowatt, says that he is dissatisfied with the conditions in and around the Falmouth Municipal Market.

According to Mowatt, the state of the market creates a haven for the breeding of pests such as mosquitoes, rats, and cockroaches.

"Our checks revealed that there are piles of garbage within the vicinity of the market. The drains around the market are blocked with garbage and the water is stagnant. The sanitary convenience and handwashing facilities are less than desired," Mowatt said.

"Cockroaches spread a number of diseases, among them is dysentery, which can cause diarrhoea, which may include bleeding. Rats spread leptospirosis, which may result in liver and kidney damage," he added.

Mowatt said that he has reported his findings to the relevant authorities, including the National Solid Waste Management Authority (NSWMA), whose representatives said there is a backlog in the schedule of their garbage collection. He said that the problem has been aggravated as a garbage truck, which was recently assigned to the parish, has been reassigned to St James.

Mowatt has also expressed concern about the absence of an abattoir in the parish as the slaughtering of animals is being done in less than ideal conditions. He said, however, that the necessary inspections are always carried out by the health officials.

"When the meat is inspected, there are no signs of rigor mortis or congestion of meat tissues. Our risk analysis is always done, and if anything abnormal is discovered, the meat is condemned. We have not had any such condemnations in recent times," he said.

Mayor Collin Gager said that he was aware of the unsatisfactory condition of the market.

"I have spoken to NSWMA and they informed me that the truck that was in Trelawny came to augment the region, which includes the parishes of Trelawny, St James, Westmoreland, and Hanover. The backlog will soon be cleared. In relation to the drainage, I am hoping that the $240 million market on Market Street will soon be open. This will help to solve the drainage problem," Gager said.