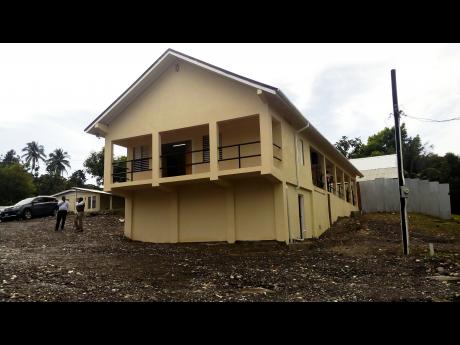 A look at the newly constructed wing at the Portland Infirmary.

A state-of-the-art facility, built to accommodate 54 wards of the State at the Portland Infirmary, was declared open yesterday by Local Government Minister Desmond McKenzie.

The new wing is now home to 19 female residents and replaces the old wooden structure which was demolished in February. The ministry allocated $15 million for the construction.

McKenzie said he was impressed with the quality of work, noting that there were several delays, including those caused by the inclement weather.

"It is always a warm feeling when one is able to provide for the less fortunate, and that is what good governance is about. No doubt, many of these residents would have made invaluable contribution to this society and are now in dire need of our care," he said.

McKenzie said an additional $3.5 million will be made available on Monday for the purchase of softer and more comfortable beds.

The new facility is furnished with a bathroom containing four showers, four toilets, including one for the physically challenged, and two face basins.

Additionally, two verandas will serve as places of relaxation for the residents.

Mayor of Port Antonio, Paul Thompson, pledged that the facility would be well kept and that its residents would be provided with the best care and treatment possible.