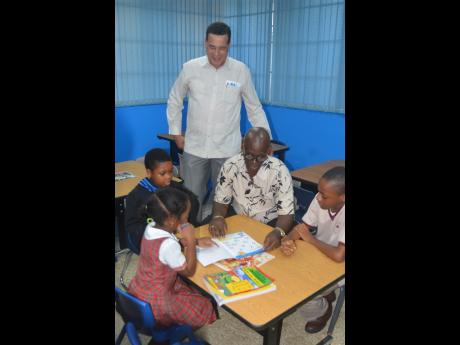 Employees of the St James Municipal Corporation are now operating in much more comfortable surroundings thanks to the recent opening of a sick bay and gymnasium, where they can maintain their health and fitness.

The new facilities, which were furnished at a cost of J$2.5 million, also feature a new homework centre, where employees' children can do their schoolwork while waiting on their parents.

The doors to the multifunction facility were officially opened by local government minister Desmond McKenzie. The opening was done to coincide with the celebration of Local Government Month.

Previously underutilised spaces at the corporation were renovated to create the new facilities, which the corporation's top executives hope will boost the morale of the employees as the environment is now much more family friendly.

Local government minister Desmond McKenzie said the functions of his ministry could not be carried out without the staff of the municipal corporations across the country, and against that background, making them more comfortable was a way of showing his appreciation.

"There is a part of the puzzle that we oftentimes disregard, and that is the element of those who make us look good," said McKenzie. "Without the hard work, dedication, and commitment of our staff, a lot could not, and will never be, accomplished, because by ourselves, we would not be able to succeed."