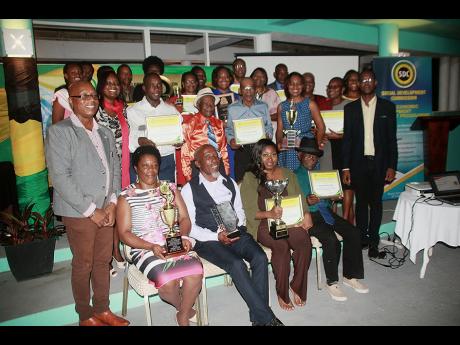 Twenty-three Social Development Commission (SDC) projects in Trelawny were last week selected to benefit from a $50-million grant, which was approved by grant, funding organisations for projects operated by the corporation.

The projects fall under seven programmes within the SDC.

Paula Barrett, the SDC parish manager for Trelawny, explained the basis on which the successful groups, who are all registered and involved in the various communities throughout the parish, were selected.

"The Sawyers Group is involved in an apiary project, which is revolving," said Barrett. "There is a market for honey both locally and internationally. This augurs well for the community and gives hope to youngsters as a source of future employment."

"The Wire Fence Group is involved in piggery. There, the Spence twins, John and James, who have been involved with the SDC for over 15 years, are the persons overseeing the project," continued Barrett.

"In Duanvale, $13 million has been awarded. The recipients plan to go into the Cockpit Country to become architects in reforestation and to establish a greenhouse on the compound of the primary school there," she added.

Shermet Jones, who was recognised for her 25 years of involvement in youth club activities, said that volunteerism is a trait in her family.

"I started out by following my brothers to sporting events and just doing whatever I was asked to do," said Jones. "That spirit has not left me, and it is a part of me going forward. Even my mother at 80 years old still volunteers."