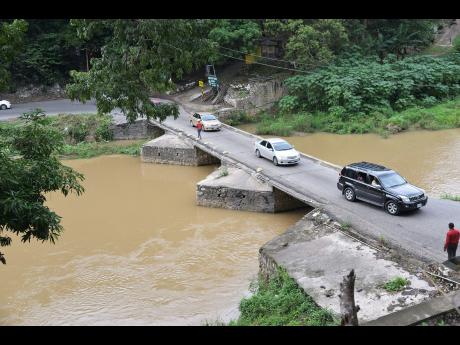 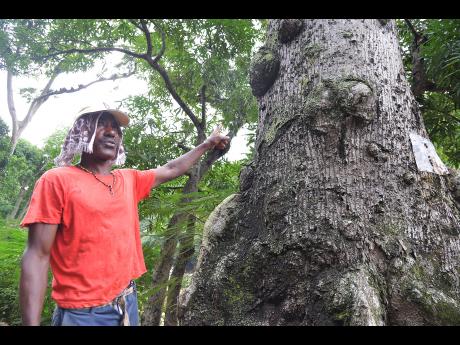 Samuel Dixon shows the cotton tree where residents say if rituals aren't performed there annually, many lives will be lost in the river. 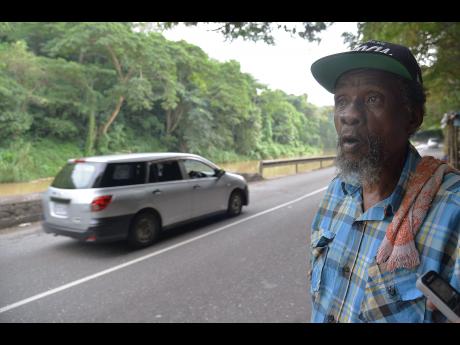 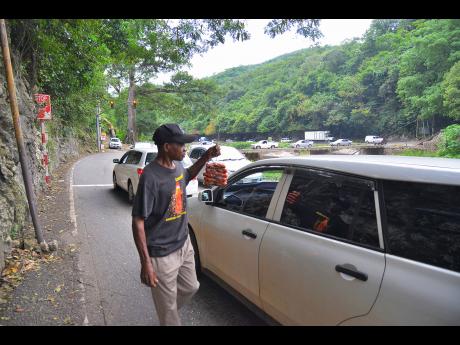 A vendor sells shrimp along the gorge. 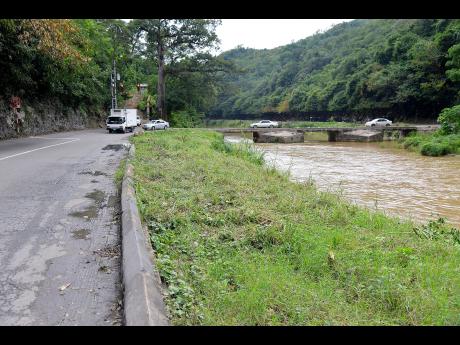 Some persons who live in the Bog Walk Gorge say that they have witnessed and heard of strange occurrences as well as mysterious creatures who inhabit the area.

Eddie Edwards, 69, who has lived in the gorge for 36 years told THE WEEKEND STAR that he has seen one such mysterious creature, a mermaid.

“A bar did inna di corner and we in deh a gamble and yu see when it reach certain hours a night, him wi come pon di boulder weh deh pon di bridge and siddung pon it and we mek noise and him jump off a it,” he said.

He said at the time, they weren’t scared of the animal that he described as a very hairy half-human, half-fish.

However, since street lights were erected on both ends of the bridge, Edwards said the sightings have ceased but he is still convinced that mythical animal lives in the Rio Cobre.

Samuel Dixon, a fisherman and driver from the area, also believes there are mermaids and other strange creatures in the water.

He recounts an incident that occurred about seven years ago, when a fellow fisherman who was determined to capture one of the mermaids ended up dead.

“Mermaid inna di water but dem mostly up underneath the top dam because a bredda dead up deh and mi certain a mermaid kill him. Dem [fishermen] say every time dem go up deh, dem see  a certain type of fish wid eye big like a moon," he said. "Dem shoot after him and dem only manage fi get the scale. Di one weh carry the scale guh a him yard, inna di night some falling angel come down and sick him out and some church people come pray fi him.”

He said the sick fisherman warned others not to go back to that section of the river. But his deceased colleague did not listen.

“Him and a next yute guh up deh di Saturday and him shoot a portion a fish and tell di yute say 'yuh know say mi see di fish and if yu nuh see mi come up back, yu know how it guh'," Dixon said. The fisherman was found three days later, floating under a guango tree.

Dixon, Edwards and others shared that they also believe supernatural powers exist in the area.

They pointed to a cotton tree at one end of the bridge that they say persons travel to from all over the country to perform various rituals.

“More while some 'modda woman' from Port Antonio come ya and yu see right a di cotton tree, dem kill all cow and goat deh and throw white rice and rum there because dem say dem get the vision and if dem no do that, whole heap a people a go ova inna di river,” Edwards said.

He said at certain times of the year, especially in December, there are a number of unexplainable accidents in the gorge, and out of fear, many persons avoid driving on the Flat Bridge.

“Nuff time me see mostly female drivers, dem all come out and walk cross and somebody else affi drive di vehicle over it,” Edwards said.