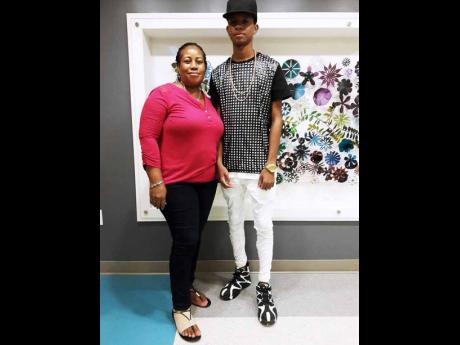 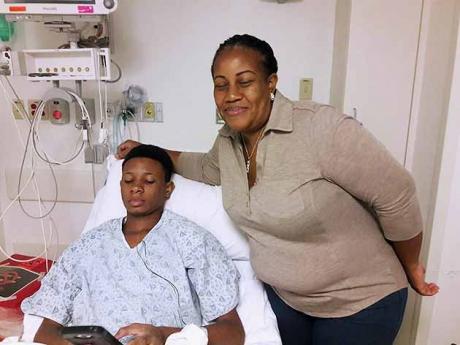 While most families are preparing themselves for Christmas get-togethers, Heather McDonald is putting things in order to cater to the health of her very sick son, Dajour.

McDonald revealed that, though she found it strange that he was having muscle contracts as early as three years old, for which doctors recommended coconut water, her son was well and living the life of a normal teenage boy.

It was in 2009 that things went downwards.

"He came down with high fever and no cold, so I took him to the Bustamante Hospital [for Children] and the doctor told me it was a virus. After a week of giving him the cold medicine, some rashes came up on him. When I took him back to the doctor and asked for tests to be run, they checked for lupus and it came back negative," she said, adding that she was again sent home with cold medicine.

Wary of the results, she approached her personal doctor, who also worked at the children's hospital, and checks on Dajour's files later revealed that his test results showed that he had rheumatic arthritis.

"I took him to another doctor to get a second opinion. When I took him, he was having irregular heartbeats so they referred me to a cardiologist. I didn't have the money, and about three weeks after, he had a cardiac arrest. One night a spirit just woke me up, and I went to his room and realised he wasn't breathing," she said.

Within a year's time, the young man had other ailments, and required many tests and surgeries.

McDonald told THE WEEKEND STAR that she has since lost her job because she had to be taking a lot of time off to tend to the needs of her sick son.

The single mother said that at one point she had to write a letter, and walked various institutions seeking assistance.

Since then, she said that the gospel and family radio station Love101 responded to her plea and has been making regular donations.

The station, which will be hosting an event called Experience the Love: Kingston Grand Market and Gospel Concert, has pledged part proceeds to continue aiding the family.

The contribution will help to continue his tests, treatments, therapy, accommodation, airfare, and other expenses overseas for his follow-up appointments.

The event, which will be held on December 23 at The Academy in New Kingston, is to feature a one-stop shopping village for pre-Christmas shopping and a concert featuring top gospel acts including Chevelle Franklyn, Marion Hall, and Prodigal Son.

Persons wishing to assist may make donations to The Dajour McDonald Special Fund at the National Commercial Bank, with account number 134164905.