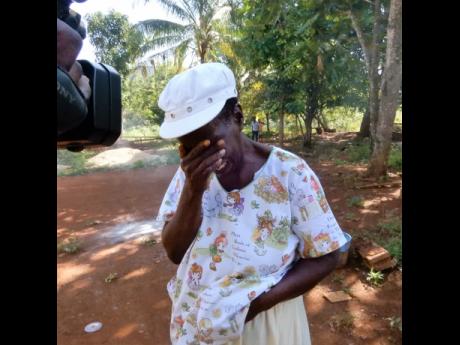 Hyacinth Johnson has been having problems sleeping since the mysterious death of her two grandchildren. 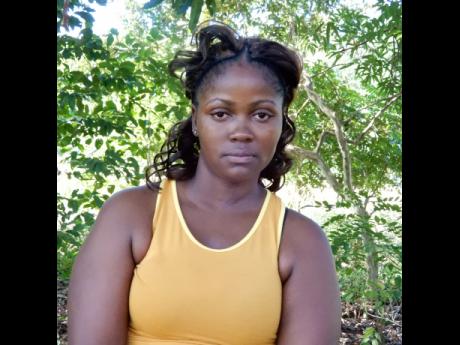 Amanda Johnson stares in space as she tries to come to grips with her children, Tamara Sewell (nine), and Olivia Daley (three). 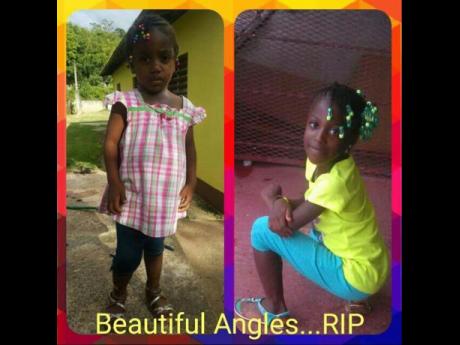 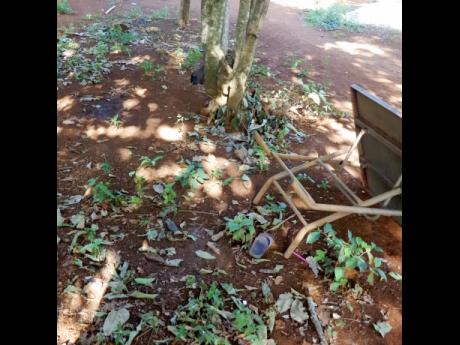 Tamara and Olivia were playing under this tree before they began foaming at the mouth.
1
2
3
4

Amanda Johnson and her mother, Hyacinth Johnson, both broke down in tears as they relived the final moments with their children and grandchildren.

Both are seeking answers but finding no solace as there isn't yet any as to why death would suddenly snatch Tamara Sewell (nine) and her sister, Olivia Daley (three).

The girls were discovered foaming at the mouth under a tree in their yard at Pleasant Valley, Clarendon, and were pronounced dead at the May Pen Hospital.

"A doan sleep last night. Every shet a shet mi yeye, it come een like a si dem," said their grandmother, Hyacinth, in between tears.

"It hard fi know dat dem did healthy and just dead suh. A betta dem did sick," she cried.

Hyacinth recalls taking the girls to church on Sunday and having little Olivia gleefully singing the Christmas carols.

"She suh amusing. Right now it look like mi pressure gone up," she said as she was overcome with tears once more.

The children's mother stood some distance away from the tree, unable to go close to it.

Surrounded by friends, Amanda stared blankly while tears streamed down her face.

She said that her last conversation with her daughters came after returning from May Pen and seeing Tamara on her way to the shop.

"I asked her where she going, and she said her grandfather send her to buy bagjuice. I told her a soon come back, a going for the baby," Amanda said.

At about 3:30 p.m., her world fell apart. She saw her sister running with Olivia, the three-year-old. She asked what was wrong but got no response.

She hurried to Tamara, who was still lying under the tree, and shouted her name.

"Mi call har name and she respond to me one time. After that, no response. When I reach the hospital, doctor said they died. Nothing they can do," groaned Amanda.

Amanda said that she is trying her best to cope with the loss of her daughters, who both attended the Pleasant Valley Primary and Infant School.

"They are jovial kids. They are loving ... . I can only do my best ..." she said, her voice trailing off. And this time, the tears came like a flood.

Loraine Green Mason, a friend of the family, said it's a hard blow to the area that lost its councillor, Melvin Jones, last week.