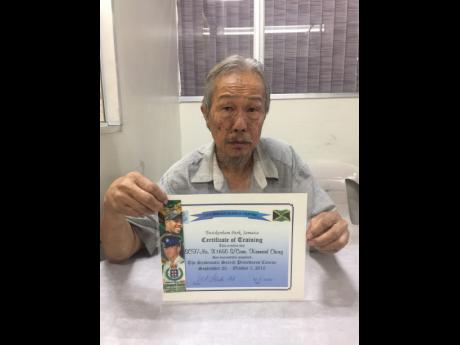 Linton Chong was a broken man following the death of his son, Kennard Chong. 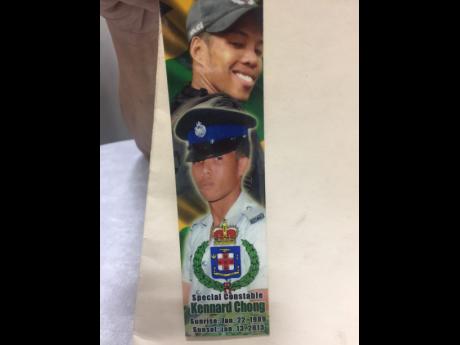 Linton Chong shows part of the funeral program for his son, Kennard Chong, who died in 2013. 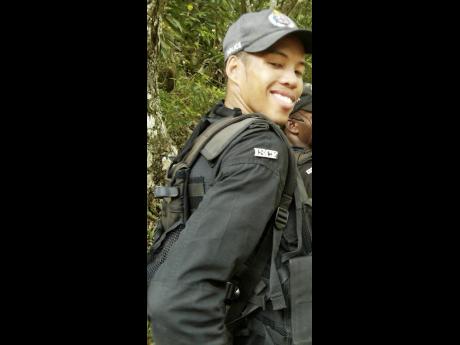 The father of a police constable whose death in 2013 was clouded in controversy is today relieved to know that his son's death was a homicide and not suicide as investigators were led to believe.

Information reaching THE STAR is that on February 27, the coroner's court ruled that Special Constable Kennard Chong's death on January 13, 2013, was murder.

Chong was 23 years old at the time of his death.

Initial reports suggested that the constable had committed suicide at his upper St Andrew home. However, later official reports were restricted to the fact that he died from a single gunshot wound to the head.

His father, Linton Chong, visited our North Street office late last week and said that with the ruling, he is less saddened.

"It's not suicide. It's homicide. They name the person who did it also, but I don't want to discuss that now," Chong said.

Our news team understands that the matter commenced on July 3, 2017, and ran for a period of eight months.

"A big weight has come off of me and also his mother, too. Everyday she practically bawl whenever she sees his picture. When you mention his name, she cry, too," an emotional Chong explained.

The deceased cop was Chong's only child.

He told our news team that because of the inconclusiveness in the cause of death, he has been having a rough time with two major insurance companies where his son had policies. Chong and Kennard's mother were beneficiaries.

Chong said that one of the insurance companies wrote to him saying they have written off the claim.

"I wanted to write back and answer them, but I had to wait until the case finish," he said.

Despite the controversy surrounding his son's death, Chong said that he did not believe his son took his own life, and he is now clinging to hope that the suspects will be held soon.

"But of course, justice served, justice delayed. I haven't really got my full justice. I only get the justice that I officially know that it was not suicide, but I had known from in the beginning. I never had any doubt that Kennard would not have taken his life. Reason being, he had a passion for life. One of his favourite songs was the Bee Gees' Staying Alive," Chong told THE STAR.

THE STAR gathered that Kennard died two months before his wedding day, while in the company of his spouse, who is believed to have been a member of the Jamaica Constabulary Force as well.

Checks with the police to establish if the woman is being investigated revealed that they are awaiting instructions on how to treat the matter.