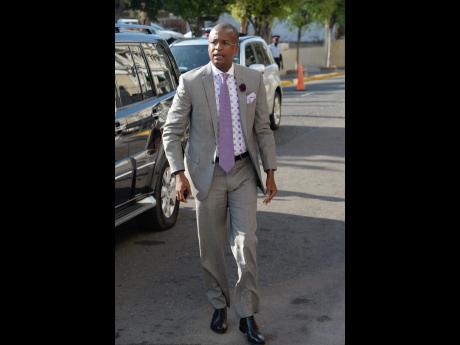 Deputy Superintendent of Police Sharon Beeput, the commanding officer for the Hanover Police Division, says a Green Island High School student was picked up for his alleged role in the physical attack of a bus conductor last week.

"We have one, but he is not charged yet and we are doing our work [to arrest the others], but rest assured, they will answer for such an act," The DSP told WESTERN STAR.

A video went viral on social media last week, showing several male students from Green Island throwing blows at a bus conductor in the presence of vendors and other students near the entrance of the school.

Ian Hayles, member of parliament for Western Hanover, condemned the attack, adding that such behaviour is on the increase in schools in his constituency.

"These students were armed with choppers and machetes, and, based on what is shown in the video, it suggests that this attack would have been orchestrated," Hayles said.

Hayles said he is concerned about the level of violence in schools, particularly in his constituency.

"Young people are not able to find a way to discuss disagreements without an altercation," he said, arguing that parents are not doing enough to match the work being done by the administrators and teachers.

In relation to Green Island, Hayles said: "The school is doing its best, but I think parents on a whole are not passing on good values to their children in terms of respect, discipline and how to resolve issues."