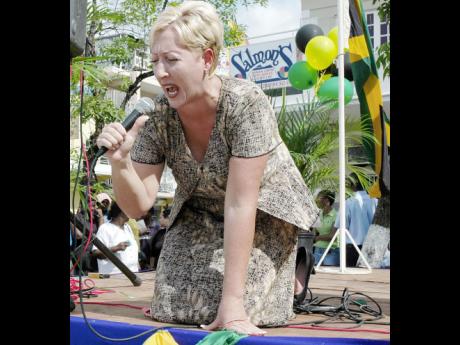 The church community in St James says it has received intelligence that gangsters operating in the parish will target the fairer sex when the state of emergency comes to an end on May 2.

Wildish was speaking to a gathering of religious and business leaders in Montego Bay at a recent prayer breakfast at the Wexford Hotel.

According to Reverend Wildish, the level of murders and other crimes that the country is experiencing are as a direct result of the occultism and spiritual evil being practised across the island.

"It is wickedness, it is occultism," charged Wildish. "I believe that the situation that we are facing as a nation does not just stem from gangs and violence; the root of the gangs and the root of the violence are spiritual evils," she said.

Reverend Al Miller, the charismatic senior pastor of Fellowship Tabernacle in St Andrew, also warned that the people of Montego Bay and the wider St James must repent.

"Fast and pray, the future of a nation is at stake, it is out of the hands of the political leadership," he stated. "We are in trouble, only the grace of God can bring us out of what is hanging over our heads and we got to act, and act now."

He further stressed the need for the church to call on God to turn his wrath from the tourist capital.

"We have got to warn the city, there is urgency for the church to pray and for people to repent in order to spare the full wrath of God in the city," He said.

However, the police say that they are not aware of any such plan by the criminal underworld.