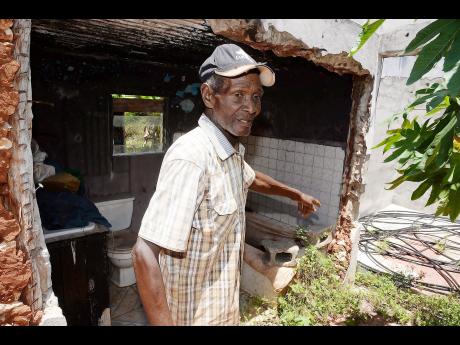 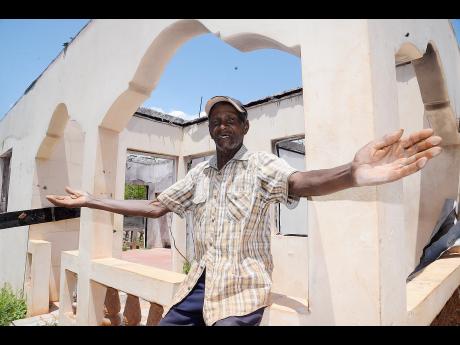 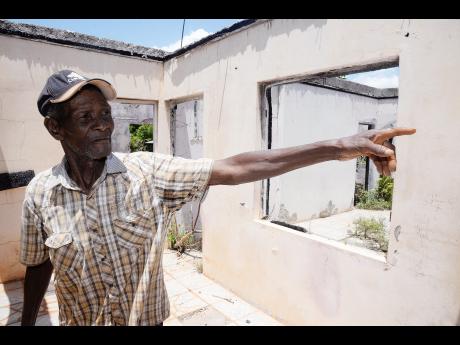 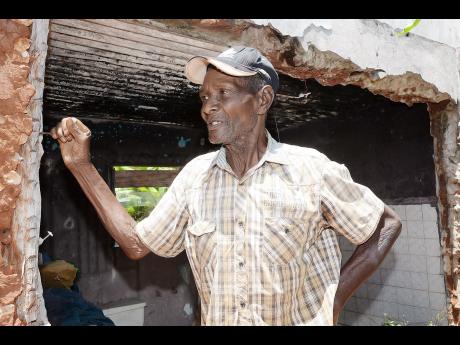 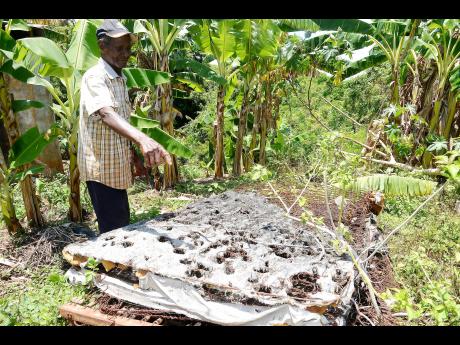 Kenneth Hanson points to the remains of a bed that was burnt in the mysterious fire nearly five years ago. 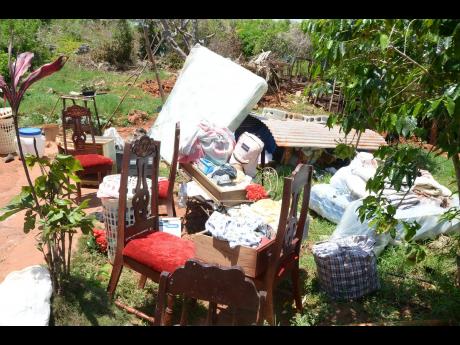 These pieces of furniture were reportedly damaged by a duppy at a house in Rose Hall district, St.Elizabeth. 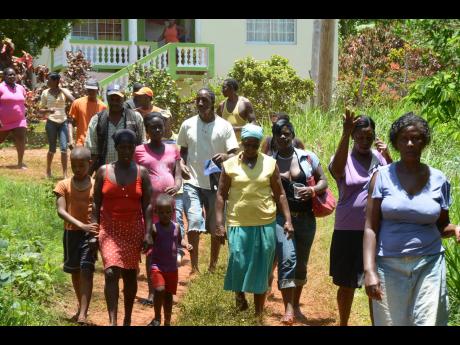 “A di duppy house uno a look fah? It deh right down the road in a lane beside a two bedroom pink house,” a woman in Rose Hall, St Elizabeth told, The STAR team.

Her directions were on point as just minutes later, Kenneth Hanson was located just metres away from what used to be his four-bedroom residence. Hanson’s home was made famous in 2013 after weeks of mysterious burnings and reports of people being hit with stones thrown by ‘invisible’ hands; the ‘haunted house’ was destroyed by fire eventually. The family of five lost everything, with the estimated total loss being approximately $15 million.

Now almost five years later, Hanson said he is seeking assistance to rebuild his home, which he said is no longer haunted.
“A lot a people say dem did a go help me build it back, but dem never do it. Me no see no sign of demons, enuh. I live with family members elsewhere, (but) me come here almost every day because me just wah deh a mi yard. Me feel like dem show me bad face because dem want dem house fi demself, so me would really wa move back in a my house,” he said.

The majority of the concrete structure remains intact, but on the outside, a charred bedframe tells the story of what remains fresh in the mind of Hanson and the residents of Rose Hall. While firemen described the cause of fire as ‘unknown’, Hanson and the residents are adamant that the dwelling was destroyed by supernatural forces. They claim several people have been hit with stones and small fires had, on occasion, destroyed furniture, including mattresses and settee chairs.

“A just some badmind people do this. Me watch the windows dem just mash up, and den a fire just come and take way everything. Is a whole heap a tings we loose, enuh. Building the house cost a lot and we just lose it so. Before it burn down, me used to hear pastor say dem a come pray, and all now me no see one,” he said.

Hanson, 84, was living with his wife, Desna, and children when the incident occurred. However, Desna passed away months later and some of the residents blamed her death on the ‘haunting’.

“It stress her out bad man, cuz a whole heap a people did tink a ‘science’ dem did a work, but me nuh know ya man. People have it fi say a all turn-back blow reach dem, but as me say, me no know. Dem no really seem like the type to me. Me would really wah Hanson get back him house cuz dem work hard to build it,” a resident said.

Hanson refuted the claims that his family was involved in obeah working. He said that he and his family were indeed the victim.

“We never do a soul nothing, enuh. We a hard-working people who never dip we hand in anything that is not of God. Me just wa some help,” he said.

Persons wishing to assist Kenneth Hanson can contact him at 291- 0028.