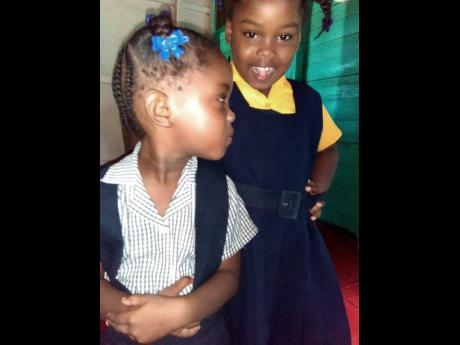 Shanique (left) and her sister Jayanna. 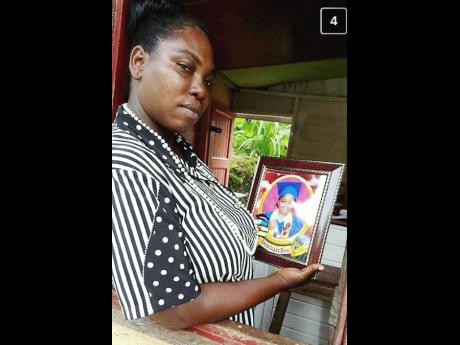 A pregnant Adanique Cunningham was chopped to death.
1
2

Merlene Thompson, whose daughter and granddaughters were chopped to death in Green Island, Hanover, last week Wednesday, says she sometimes feel sorry for Paul Coote, the man accused of killing her family members.

"Sometimes I feel very angry ... I won’t see my daughter and granddaughters alive again... and another time I said, knowing him and how him tell me how him love him pickney them, I feel sorry for him.”

Paul Coote, 61, labourer of Industry Cove, Green Island, Hanover, was charged with the triple murder of a mother and her two children on Sunday.

Thirty-eight-year-old Adanique Cunningham of Dixon Wharf in the parish and her two children, Jayanna Coote, seven-year-old, and 4-year-old Shanique Coote, both of Industry Cove, Green Island, also in the parish, were chopped to death last Wednesday.

The police reports are that about 7 a.m., Cunningham went to get her children ready for school at their father’s house, when it is alleged that both parents got into an argument. The man subsequently used a machete to chop Cunningham and the two children several times. They were taken to hospital where they were pronounced dead.

In addition to dealing with the loss of her family members, a distressed Thompson has been forced to defend the honour of her daughter, who persons alleged gave Coote two ‘jackets’.

“Look at this little one,” she said, pointing to a picture of Jayanna. “Tell me if that child is not his, they are the dead stamp of him.”

Thompson said that her jailed son-in- law has had to endure taunts from friends and community members over the years, but had expressed confidence that he was the girls father.

“Me and him talk bout it after I hear that it was being said and he told me that he has never said so,” Thompson said.