'We are not all criminals' 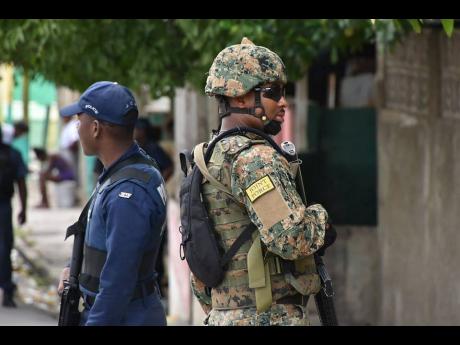 Disgruntled residents of Dexter Street in Westmoreland have decried the way the police have gone about their work in their community. The residents say law-abiding citizens are often treated like criminals.

"I am a hard-working youth," a male construction worker who claims that he was physically abused by a security officer in the recent anti-crime operation told WESTERN STAR.

"The only thing I do wrong is come from Dexter Street."

Members of the security forces last week detained several persons in an opration. The operation was aimed at cauterising the flare-up of gang activity in the parish.

According to Fitz Bailey, assistant commissioner of police (ACP) and head of the Counter-Terrorism and Organised Crime Investigation Branch, gang warfare over turf between Dexter Street and Dalling Street has resulted in battle lines being drawn and is affecting the lives of ordinary citizens.

"I am aware that there is a bloody conflict between the Dexter Street and the Dalling Street gangs. They are responsible for several murders, shootings, and other criminal activities," ACP Bailey said.

The Dexter Street resident, who feels that a state of emergency is necessary in his section of Westmoreland, said the way the police have operated in Dexter Street leaves a lot to be desired.

"If the police hear shots fired, the first place they come is on Dexter Street, and even if they come and realise that it is being fired elsewhere, they are finding some reason to carry someone from our community to jail," he told WESTERN STAR.

"We are just several metres away from the [Savanna-la-Mar Police Station], but we are like strangers. No community policing, no organised interaction, just bullet, bullet so? No, man. Something wrong."

Meanwhile, a 77-year-old resident said it is time for the gang war to end.

"This cannot be the community that has been my home all my life," she said. "I was born here, and it is the worst I have seen the place," she added.

The senior citizen is far from pleased with the way the police have approached their jobs.

"I am not saying that some might not have their guns, but the police should know who the criminals are and do their jobs properly ... . We have teachers, nurses, and even several policemen living in our community. We are not all criminals. Decent persons have invested and made this community their home."