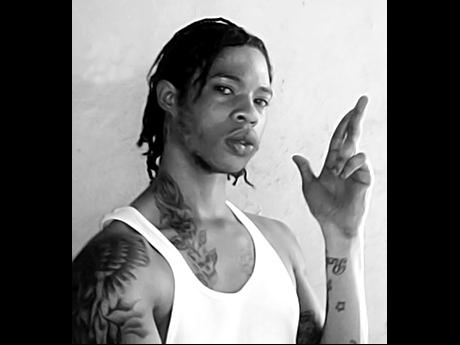 The relatives of Ryan 'Ratty' Peterkin say they are anxiously waiting for his remains to be handed over to them so that they can give the notorious gangster a proper burial.

However, they said that they have been told that no date has been set for the autopsy.

No post mortem nuh done yet, so we don't plan the funeral. She (Ratty's mother) say she don't want him fi spoil because we hear that his body is spoiling, so she say she want get it deal with early," said a female relative.

"His mother is in foreign, and as soon as the post mortem is done, she coming out to bury him, but we don't hear nothing yet."

According to Assistant Superintendent of Police (ASP) Dahlia Garrick, the Independent Commission of Investigations (INDECOM) normally takes the lead in matters of this nature. She also confirmed that no date had been set for the autopsy, but added that the police monitors and provides coverage of all funerals of criminal suspects and violence producers.

Some relatives had long distanced themselves from the murderous trail left by a feud between Ratty and his former top-level lieutenant, Delano Wilmot, that resulted in several family members losing their lives.

In February, the St James police named him as a person of interest in nine criminal matters, including five murders. But with the security forces hot on his heels, he had been spending more time away from the enclaves of Cambridge and Retrieve in St James.

On April 14, the Jamaica Defence Force and the Jamaica Constabulary Force in a joint statement said that Ratty, who was listed among the top three most wanted persons, was killed along with an accomplice during the confrontation in Berkshire, St Elizabeth. An AK47 rifle with two magazines and 12 live rounds, as well as one .38 revolver, were recovered from the scene.

"Since they kill him, not much has been said, and even those closest to the family don't dare ask any question," said a family friend. "Any discussion is done in a hush, and I don't see them splashing money to bury him."